Amazfit GTR 2 New Version With Support for Over 90 Sports Modes, Set to Launch in India on May 23 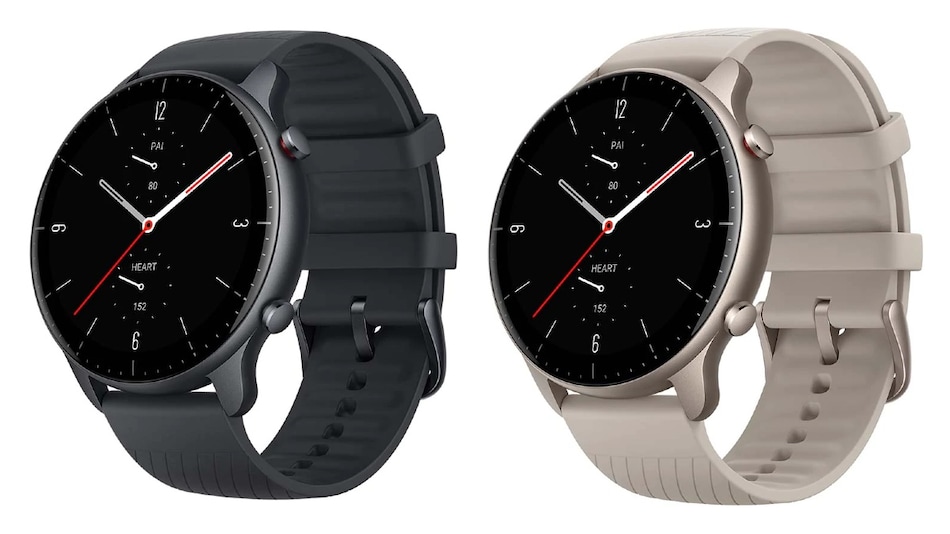 Amazfit GTR 2 New Version, a redesigned version of the Amazfit GTR 2 smartwatch, will be launched in India on May 23. According to the official website, the new version of the wearable will have a few changes in design, and capabilities. The specifications of the smartwatch are largely the same as the Amazfit GTR 2. The new version sports a 1.39-inch HD AMOLED display, two physical buttons, support for 90 sports modes, and up to 14 days of battery life.

Amazfit GTR 2 (2022) new version price in India starts at Rs. 12,999. It will retail on Flipkart, and the company website in Black and Grey colour options.

Health-related features on the Amazfit GTR 2 (2022) new version include blood oxygen saturation (SpO2) tracking, a heart rate monitoring, sleep tracking and stress level monitoring. The wearable also supports smart notifications, Bluetooth calling, virtual assistants, and music control. The smartwatch is claimed to provide up to 11 days of battery life, which can be extended up to 14 days. The wearable also comes with a 5ATM water-resistance rating.