Apple Watch Series 8 screen is expected to be 7 percent larger. 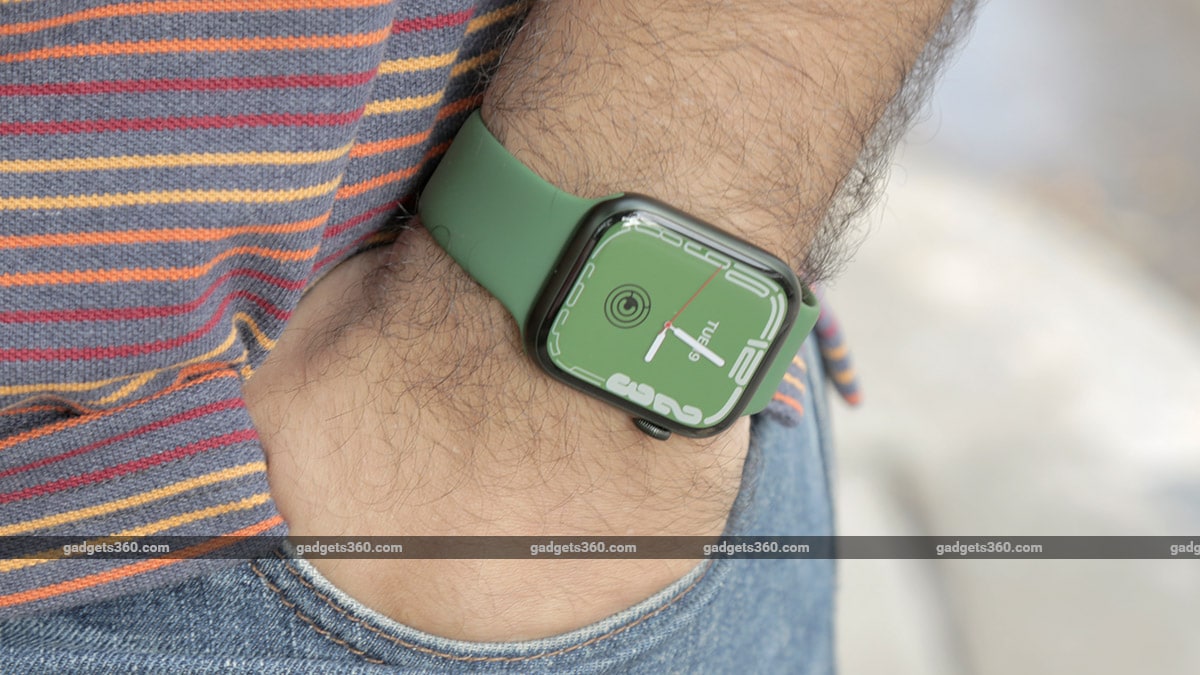 Apple Watch Series 8, hinted to be called the Apple Watch Pro, will reportedly feature the largest display among the wearables introduced by the American tech company. The screen is expected to be 7 percent larger and the smartwatch is said to come with a fresh design, making it the first major redesign for an Apple Watch since 2018. The watch is expected to feature a durable formulation of titanium to make it rugged. A report earlier this month had said that Apple Watch Series 8 will feature a body temperature sensor that is capable of detecting whether you have a fever.

According to a recent newsletter by Bloomberg's Mark Gurman, the upcoming Apple smartwatch will feature the largest display among the wearables launched by the company. As mentioned earlier, the screen of the purported Apple Watch Pro is said to be 7 percent larger than the Watch Series 7. The Apple Watch Series 8 is also expected to sport a fresh design, which will make this the first redesign for an Apple wearable since the Series 4 redesign in 2018. The dial redesign will be an "evolution of the current rectangular shape" and not a circular one.

The Apple Watch Series 8 has been doing rounds of the rumour mill for some time now. The wearable is reportedly said to feature a body temperature sensor that is capable of detecting whether you have a fever. The smartwatch could then recommend talking to your doctor or using a dedicated thermometer.

Apple is expected to launch three variants of the Apple Watch Series 8. The smartwatch from Apple is also said to get the S8 chip that could have the same specifications as the S7. The CAD render of the wearable was leaked late last year, giving us a glimpse of its design.