Apple Watch Series 8 could recommend talking to your doctor or using a dedicated thermometer. 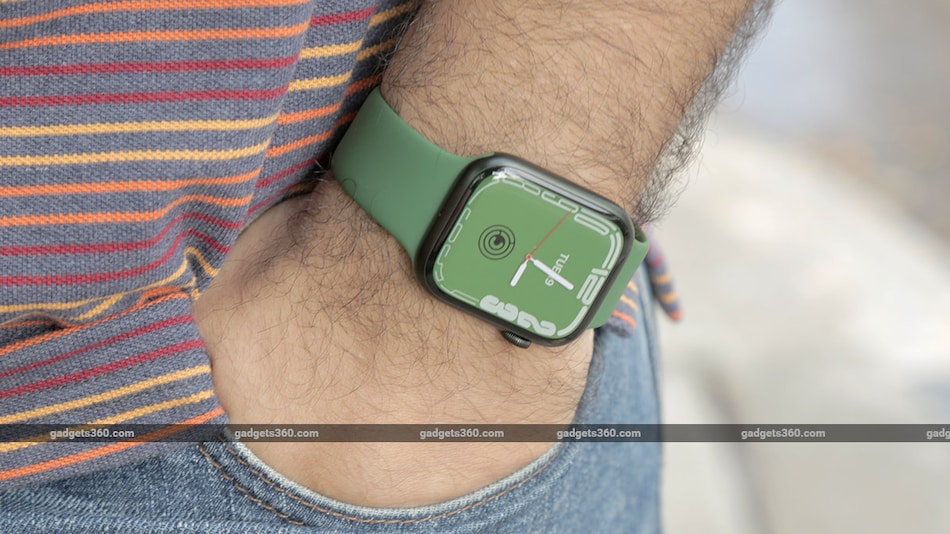 Apple Watch Series 8 will reportedly feature a body temperature sensor that is capable of detecting whether you have a fever. The smartwatch could then recommend talking to your doctor or using a dedicated thermometer. The American tech company is expected to launch three variants of the Apple Watch Series 8. The smartwatch from Apple is also said to get the S8 chip that could have the same specifications as the S7. The CAD render of the wearable was leaked late last year, giving us a glimpse of its design.

According to a recent newletter from tech reporter Mark Gurman of Bloomberg, Apple Watch Series 8 will be able tell if you have a fever. Users can expect a set of new health tracking features in the upcoming wearable from Apple. Gurman also added that the Apple Watch's body-temperature feature won't give users a specific reading similar to a forehead or wrist thermometer. The wearable will rather indicate if it believes you have a fever. Users will thus be alerted to visit a doctor or use a dedicated thermometer.

Reports of Apple planning to add body-temperature detection to its Series 8 model have been around for some time now. In May, TF Securities analyst Ming-Chi Kuo also claimed that Apple might be working on an algorithm to support the temperature sensing feature in the smartwatch.

To recall, Apple is reportedly aiming to launch three variants of the Apple Watch Series 8. There is expected to be a low-end SE, a standard Series 8, and a rugged edition that is aimed at extreme sports. The wearables are also expected to get the S8 chip that could have similar specifications to the S7. Apple Watch models for 2023 – part of Series 9 – are slated to get a new processor.

The SE model of the Series 8 is said to stick to the screen size of the current model. According to Gurman, the Apple Watch Series 3 could be discontinued in the fall and the current SE could take its place in the market. Gurman has earlier claimed that Apple is working on a bunch of features, including adding satellite connectivity to the Apple Watch.

To recall, the CAD render of the wearable was leaked late last year, giving us a glimpse of its design. Apple Watch Series 8 may sport a pair of speaker grilles instead of one.