Xiaomi had earlier teased the arrival of the Mi Smart Band 5 as well. 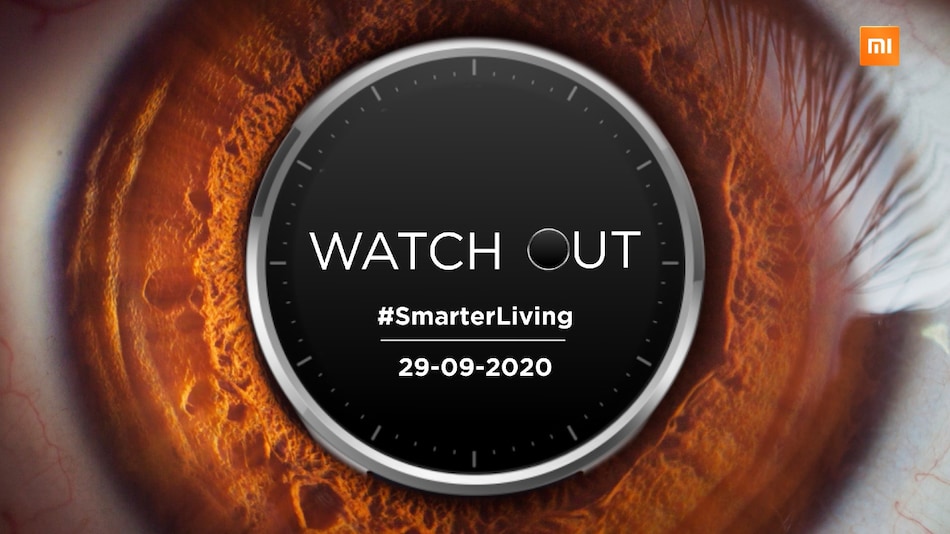 The company teased the smartwatch launch via its Mi India Twitter account. The tweet confirms that a dedicated ‘Smarter Living 2021' event will be held on September 29. The image attached to the tweet has the words ‘watch out', and there's a smartwatch dial outlining the ball of an eye. All of this clearly suggests that Xiaomi is indeed introducing a new smartwatch in India. If true, this will be first smartwatch by Xiaomi to launch in India.

Going by the design of the dial, it looks like the Mi Watch Color that was launched in China in January this year. The smartwatch features a 1.39-inch AMOLED display, NFC support, and 24x7 heart rate monitoring. The wearable claims to last for up to 14 days on a single charge. It comes with 10 sports modes and offers 5ATM water resistance as well. As mentioned, the Mi Watch Color may be called the Mi Watch Revolve in India.

The tweet also hints that there may be multiple IoT products launching alongside the Mi Watch Color aka Mi Watch Revolve on September 29. Xiaomi may release more teasers in the run up to the launch to hint at what these products might be.

Amazon is already teasing the arrival of the Mi Smart Band 5 in India on September 29. The teaser page hints at a bigger display, better battery life, new yoga mode, and magnetic charging. The Mi Smart Band 5 was unveiled as Mi Band 5 in China in June and it is said to last for up to 20 days, come with 11 different sports modes, and be water resistant for up to 50 metres.