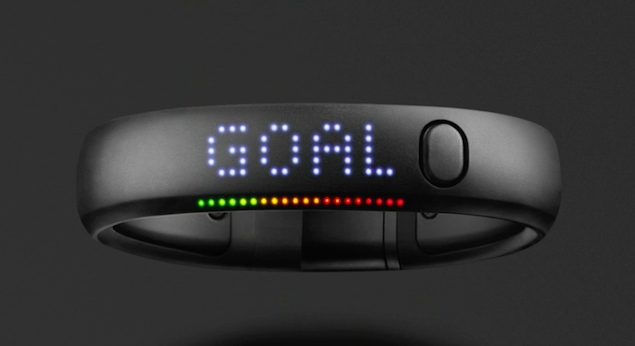 The market for smart wearables is definitely going through a lot of upheaval right now; Google and Apple are both expected to make big movesin this space, and existing devices are facing an uncertain future. Butwhile earlier reports said that Nike was closing down their FuelBand team, this has now been denied by the company.

When the news brokeover the weekend that Nike has closed down the FuelBand team,it seemed highly plausible, and led to speculation that the company wasreadying itself for closer ties to Apple, given the impending iWatch launch.

Re/Code however also reported that a source with knowledge of the situation said that it could be that Nike wants to be able to run down its inventory of devices, or that it still has not completely decided to shutter the unit.

Part of the problem, according to the report, is that Nike has not been able to grow enough as a technology company, and with big changes coming to wearables in the near future, this is seen as a major obstacle. Aside from the iWatch rumours, there's also Google's upcoming Android Wear platform, whose devices are also expected in 2014.

Earlier, CNET had quoted Nike spokesperson Brian Strong as saying, "As a fast-paced, global business we continually align resources with business priorities.As our Digital Sport priorities evolve, we expect to make changes within the team, and there will be a small number of layoffs. We do not comment on individual employment matters."

This was seen as a strange move considering that all major brands are coming out with their own wearables now - HTC has confirmed its interest in wearable devices, Samsung's Gear wearables were recently announced and rumours of the Apple iWatch persist and suggest we'll see something this year. Some even interpreted this news to mean that Nike might be trying to align its FuelBand more closely with the upcoming iWatch.

With dozens of apps working on smartphones, and a plethora of new devices coming onto the market with similar fitness related features, it's no surprise that Nike could have faced challenges in keeping itself relevant; so much so that sales numbers for this (and most wearables) is rarely shared, which usually indicates relatively low numbers. And while there is a lot of buzz around the category for around an year now, high prices and limited functionality still pose too much of a barrier to entry for the bulk of potential customers.

Many of these concerns could have been raisedwhen discussing smartphones eight years ago as well; and in fact, were also voiced when the first iPad launched. With new products around the corner which promise major improvements over existing devices, it is possible that the wearable category - from fitness trackers to smartwatches to devices like the Oculus Rift and Google Glass will grow in popularity soon. As the market reorganises itself though, it remains to be seen if the giants like Apple and Google will leave any space at all for the scrappy upstarts.

Twitter blocks two accounts in Turkey
Nokia's phone business to be renamed Microsoft Mobile, but the 'brand' will live on