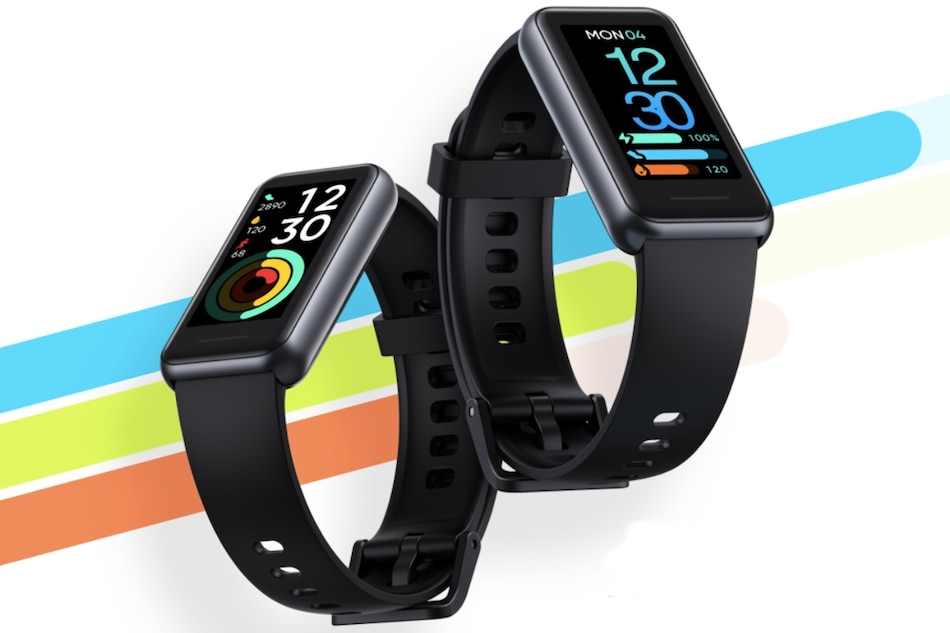 Realme Band 2 comes with a 1.4-inch colour display that has 400 nits of peak brightness

Realme Band 2 was unveiled on Wednesday, September 15 as the latest fitness tracker by the Chinese company. The new Realme Band comes with a larger colour display and includes blood oxygen (SpO2) monitoring to deliver an upgraded experience over the original Realme Band that was launched last year. The Realme Band 2 also features a water-resistant build and is claimed to deliver up to 12 days of battery life on a single charge. The fitness-tracking wristband will get as many as 90 sports modes through a future update to help you track your fitness on-the-go.

Realme Band 2 price has been set at MYR 139 (roughly Rs. 2,500). The band will go on sale in Malaysia through e-commerce site Lazada starting September 20.

Details about the India launch of the Realme Band 2 are yet to be officially announced. However, tipster Yogesh Brar in collaboration with 91Mobiles recently claimed that the fitness band would enter the Indian market sometime in October.

The first-generation Realme Band was launched in India in March last year with a price tag of Rs. 1,499.

As Realme has upgraded the design of the Realme Band 2, there is support for universal 18mm interchangeable wrist straps. This means that you can attach any of your preferred straps with the fitness band to match it with your dress or style.

The Realme Band 2 includes a GH3011 sensor to enable continuous heart-rate monitoring. It is also claimed to help alert users if their heart rate goes above the safety zone.

In addition to the heart rate sensor, the Realme Band 2 includes dedicated support to track your blood oxygen levels. The measurement is, however, not approved for diagnosis and medical treatment purposes as is the case with most wearables.

The Realme Band 2 uses a mix of hardware and software to provide sleep quality analysis when connected with the Realme Link app. The mobile app is available for download on both Android and iOS devices. Further, the Realme Band 2 is designed to track different sports and workouts such as cricket, hiking, running, and yoga. The company has promised to offer a total of 90 sports modes that will be available through an over-the-air (OTA) update at a later stage.

Realme has designed the build of the Realme Band 2 with water resistance of up to 50 metres. The smart band is also capable of controlling connected devices such as Realme Buds Air and home appliances.

Connectivity-wise, the Realme Band 2 has Bluetooth v5.1 support. The band is compatible with devices running at least Android 5.1 or iOS 11. It packs a 204mAh battery that is rated to deliver up to 12 days of usage. The smart band measures 259.8x24.6x12.1mm and weighs 27.3 grams.

SpaceX Inspiration4 Launch to Be Livestreamed by Netflix on YouTube: How to Watch