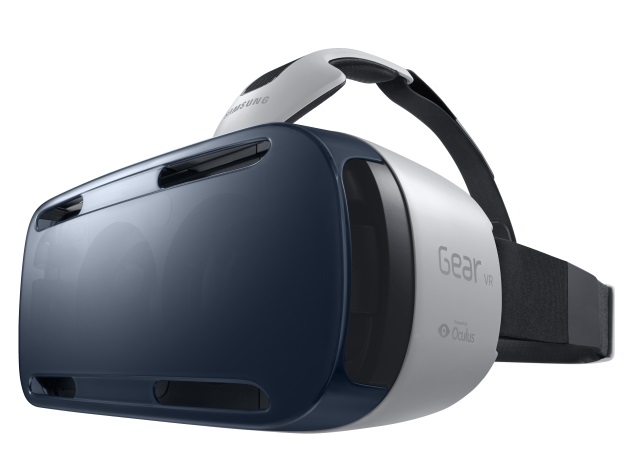 South Korean giant claims that the newly announced Gear VR has been optimised for the Galaxy Note 4 smartphone, which will be used as the VR headset's display. The Galaxy Note 4 features a 5.7-inch Quad-HD (1440x2560 pixel) Super AMOLED display with a pixel density of 515pi.

The Samsung Gear VR will be available in Frost White colour via the company's online sites and selective carriers this year. However, the company has not revealed the pricing of the virtual reality headset.

The company notes, "With the Gear VR Innovator Edition, users can sit in the best seat of a theatre, can be on-stage of a performance with full 360 3D video, and can enjoy gaming like it's never been seen before - inside the stunning worlds where imagination becomes reality."

The Samsung Gear VR is built with "soft, flexible cushioning and lightweight materials," adds the company. The device can work wirelessly and features high frame rate of up to 60fps. It comes with sensors such as accelerometer, gyroscope, magnetic, and proximity sensor, while measures 198x116x90mm. The device offers 96-degree field of view.

Samsung has tied up with companies such as Marvel, DreamWorks, and Legendary Pictures for the content of the Gear VR.

Samsung's first virtual reality headset will be taking on Sony's Project Morpheus headset, which is currently in its prototype stages. Notably, the company powering the technology behind Samsung's Gear VR headset - Oculus VR - was bought by Facebook in March.

Commenting on the launch, JK Shin, President and CEO of IT & Mobile Communications Division at Samsung Electronics, said, "The Samsung Gear VR goes far beyond expectations of how mobile technology can be used to consume content, and is a powerful representation of the progressive innovation of the Gear series. We are pleased to have partnered with Oculus VR to bring this incredibly immersive mobile content experience to consumers."

John Carmack, CTO of Oculus, said, "We are thrilled to reveal the Gear VR Innovator Edition, a state-of-the-art mobile VR experience powered by Oculus. The deep technical partnership with Samsung has enabled us to create a virtual reality headset with world class resolution and performance, all on a completely mobile platform."