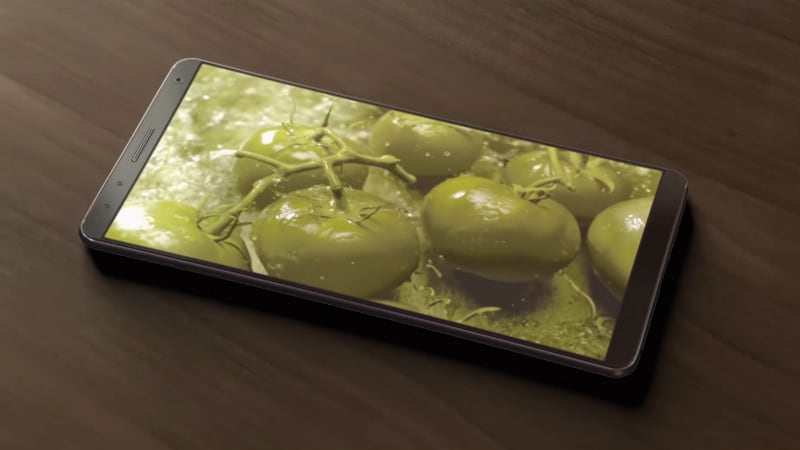 Another busy day in the world of technology, with Samsung Galaxy S8’s rumoured April 21 launch, and Apple’s Make in India hogged the headlines. Reliance Jio was not far behind either, as it was ranked India’s primary mobile network, and Nokia 6’s popularity does not seem to be letting up anytime soon. Catch these and other important tech news stories of the day in your 360 Daily.

BSNL’s Rs. 149 Plan Offers 30 Minutes of Free Calls Per Day, 300MB Data
The new BSNL Rs. 149 plan allows customers to make free calls across India for up to 30 minutes per day for a month. Along with this, the Rs. 149 BSNL plan comes with 300MB bundled mobile data for the month. BSNL customers can also choose to avail this free calling service for three months via the Rs. 439 plan. However, this offer is available only for new customers joining the BSNL network and those porting their number from another telecom operator.

India's Team Indus among 5 Google Lunar XPrize Finalists
India’s Team Indus has secured a place in the list of five finalists of Google’s $30 million Lunar XPrize robotics contest. The other four teams are – Israel’s SpaceIL, Florida-based Moon Express, an international team known as Synergy Moon, and Japan's Hakuto. The objective of the competition is to land and operate a robotic spacecraft on the surface of the moon. The five Google Lunar XPrize finalists have until December 31 to land their spacecraft on the moon. Spacecrafts by Team Indus and Japan’s Hakuto will go to the moon on an Indian PSLV launcher.

Samsung Galaxy S8 now rumoured to launch on April 21, said to feature ‘infinity’ display
Samsung Galaxy S8 will feature an ‘infinity’ display that will take up most of the front panel, and will hit the market on April 21, according to a report by The Guardian. The report also claims that the Galaxy S8 will come in two screen sizes, both featuring the curved display on the sides. The fingerprint sensor on the Galaxy S8 will be reportedly moved to the back, while the 64GB internal storage will be expandable up to 256GB via microSD cards. Samsung is said to retain the 3.5mm jack with the Galaxy S8, which will also come with a dock that converts the smartphone into a mini Android-based computer by connecting keyboard, mouse, and monitor.

Apple team meets Indian officials for ‘Make in India’ tax breaks
A team of Apple executives met officials from Commerce and other ministries seeking tax breaks to manufacture the company’s products in India under the Make in India initiative. An Apple India spokesperson said, “We appreciate the constructive and open dialogue we've had with government about further expanding our local operations.” Commerce Minister Nirmala Sitharaman said, "In this case maybe they are asking for more and let's see how it goes."

Apple is said to have shared a list of demands, but ministry officials feel that the process is at early stages and there are several stages to go before a consensus will be reached between all the concerned ministries regarding these demands.

Siri will soon give you live cricket scores
The iOS 10.3 beta 1 that Apple has seeded to developers will allow Siri to provide live updates on IPL and ICC cricket matches on the iPhone and iPad. This means Siri will deliver ball-by-ball updates regarding ongoing cricket matches, and will be able to answer other cricket-related queries thrown its way. Macs are set to get this feature and iOS-like Night Shift Mode as well.

The iOS 10.3 beta 1 will also bring the Find My AirPods feature, allowing you to find them as long as they are within the Bluetooth range of the connected device. The AirPods will start emitting a loud sound, or the map onscreen can also take you to the lost earbud(s).

Nokia 6 second flash sale registrations cross 1.4 million
Nokia 6’s popularity continues to grow as the registrations for its second flash sale have already crossed 1.4 million on JD.com. This comes just days after the first Nokia 6 flash sale saw the smartphone go out of stock in under a minute. However, registrations do not give a fair indication of the actual sales of the device, so we will have to wait till HMD Global give an official sales figure to gauge exactly how popular the Nokia 6 really is.

Mark Zuckerberg says he won’t run for US presidency
Quashing rumours that he has plans to run for the US presidency, Facebook co-founder and chief executive Mark Zuckerberg has clarified that he has no such ambitions as of now. He reportedly said  that he would continue to work on growing the social networking company as well as the Chan Zuckerberg Initiative, which makes investments in scientific and leadership research.