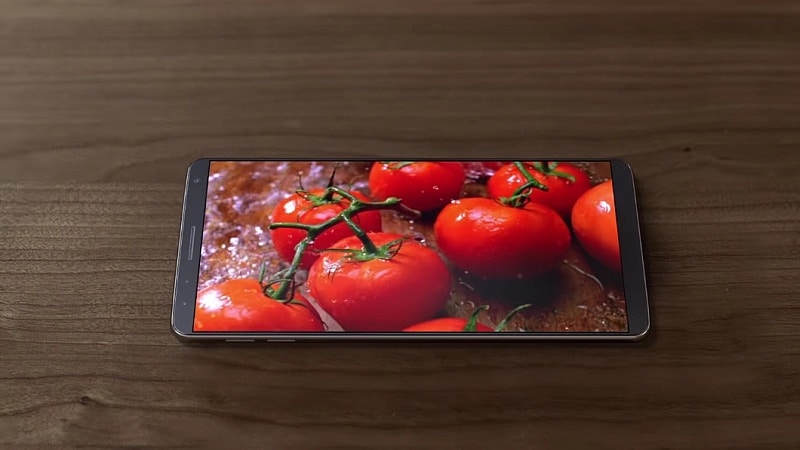 With the Galaxy Note 7 debacle, Samsung has lost a lot more than just billions of dollars last year. The South Korean giant has spent considerable time and effort in making amends to Galaxy Note 7 buyers, fixing its reputation, as well as identifying the cause behind the smartphone's explosions. And the upcoming Samsung Galaxy S8 is its first big bet to move past the Galaxy Note 7 fiasco.

At its MWC 2017 event, Samsung has confirmed that the Galaxy S8 will be launched on March 29, ending months of speculation regarding when the flagship would become official. However, rumours continue to fly around regarding the Samsung Galaxy S8 release date, with the April 21 looking the most likely. Samsung Galaxy S8 will be launched at a dedicated Unpacked event in New York at 11am EDT (8:30pm IST), and will be live-streamed. Going by previous leaks, the company will launch the Galaxy S8+ at the same event.

The Samsung Galaxy S8 India release date, however, is not yet known. The South Korean giant seems to be optimistic about the smartphone selling well as it has reportedly doubled the number of initial shipments of the device.

Samsung Galaxy S8 is pegged to have a dual-edged curved display with almost negligible bezel and 18:9 aspect ratio; the display may be named 'Infinity Display'. There was an early report that pegged the screen-to-body ratio at 90 percent. The recent photo leak shows that the display takes up all the space, and only the top and bottom bezel are seen; a promotional video by Samsung that is said to feature the upcoming Galaxy S8 also shows that the smartphone has thin bezels on the sides, and that the display takes up most of the front panel.

The top bezel of Samsung Galaxy Note 7 houses the speaker, front camera, and the sensors, while the bottom bezel only houses the logo. As for specifications, Samsung Galaxy S8 is expected to feature a 5.5-inch 4K (2160x3840 pixels) Super AMOLED display and will boast of an impressive pixel density of 806ppi. On the other hand, Samsung Galaxy S8+ is said to have a 6.2-inch display with QHD resolution.

Samsung Galaxy S8 is expected to feature an iris scanner, which will allow users to unlock the smartphone just by looking at it. The feature made its debut on Samsung devices with the Galaxy Note 7, so it won't be a stretch to imagine this same functionality on the Galaxy S8 as well.

However, a separate leak also suggests that the company could launch its next flagship smartphone in two screen size variants - 5.7-inch and 6.2-inch. The larger variant is expected to be called the Galaxy S8 Plus, which is said to have the model number SM-G9550/SM-G9550X; the smaller Galaxy S8 variant, on the other hand, is said to have the model number SM-G9500/SM-G9500X. More recently however, screen sizes of 5-inch and 6-inch were tipped for the same models.

Samsung Galaxy S8 will not have Home button

Samsung is expected to ditch the Home Button, and have an all-display front. The iconic capsule shaped button at the bottom will be ditched, along with the capacitive buttons as well. A recent photo leak testified to this rumour further, but the image strangely didn't show any on screen buttons either.

Traditionally, all Samsung smartphones have integrated the fingerprint sensor underneath the Home Button, but because the Home Button is being let go, the fingerprint sensor may reside at the back of the phone. This has been corroborated by leaked official Samsung cases for the Galaxy S8 and Galaxy S8 Plus. of the Another report notes that the device may sport an optical fingerprint scanner that will enable reading thumb print through the display as well.

Samsung is widely leveraging its Viv Labs acquisition to introduce "an enhanced artificial-intelligence service" in the Galaxy S8. The developers at Viv previously founded Siri, which is now Apple's digital voice-assistant on mobile devices. Samsung is calling its version Bixby, and will use the new virtual assistant in mostly all the native apps that will come pre-installed in the Galaxy S8. A separate rumour indicates that Bixby will be the name of the the male voice of the assistant, while the female voice will be called Kestra.

The Samsung Galaxy S8 is said to have a dedicated hardware button, which will be positioned on the left edge, to activate Bixby. The Samsung Galaxy S8 virtual assistant will be able to recognise text as well as identify objects in images, according to Sammobile. Moreover, it is rumoured to support as many as eight languages at the time of launch.

The Galaxy S8 flagship smartphone will likely be powered by the recently announced Snapdragon 835 SoC from Qualcomm while an Exynos 8895-based variant is also being rumoured. It will be paired with a 6GB of RAM or an 8GB of RAM.

Following Apple's lead, Samsung may integrate a pressure-sensitive display technology in its next flagship. Notably, Samsung's technology is expected to work similarly to Apple's 3D Touch tech introduced with the iPhone 6s. The technology will be able to distinguish between a light tap and deep press, enabling access to more functions just by pressing harder.

The Galaxy S8 is also rumoured to sport a 256GB storage variant. It is unclear whether this will be the only storage option, or one of the storage variants made available in the market. If Samsung follows tradition, then a separate microSD slot for further expansion of memory will also be offered with Galaxy S8. Just to put things into perspective, the predecessor was offered in 32GB and 64GB storage variants only.

Early leaks point at a dual camera setup at the back - one 16-megapixel lens and another 8-megapixel lens. However, the latest leaks hint that due to the large display in the front, a dual camera setup will be hard to cram in. The camera, however, will see and upgrade and the Samsung Galaxy S8 may finally become the company's first smartphone to feature autofocus functionality on the front camera.

Just like the iPhone 7 rumours, the audio jack leaks of the Galaxy S8 have been aplenty. Reports indicate that Samsung is getting rid of the old 3.5mm audio standard, and will bundle a 3.5mm-headphone-to-USB Type-C adapter, just like Apple. A separate report also hints that Samsung will launch wireless headphones alongside as well.

Lastly, the Galaxy S8 is also tipped to come with something similar to the popular Continuum feature seen on Windows 10 Mobile devices. This means that you could use your smartphone on your PC by connecting the device to the monitor, and the keyboard and mouse via Bluetooth (presumably). According to the leak, the feature is being called the Samsung Desktop Experience.