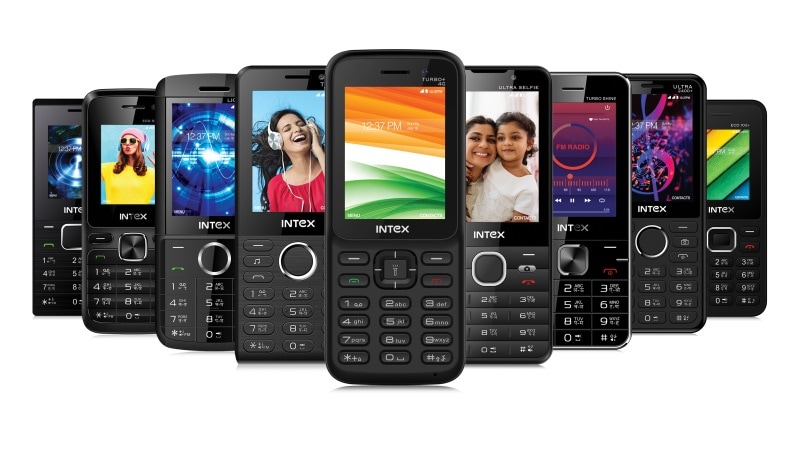 Reliance Jio launched the Jio Phone last month, and Intex has now jumped onto the 4G feature phone bandwagon with its latest launch, the Turbo+ 4G. This device runs on KaiOS (also rumoured to be what the JioPhone runs on) and has a 2.4-inch QVGA screen. It is powered by an unspecified dual-core processor and has 512GB of RAM. It has a 2-megapixel rear camera and VGA front camera, plus a 2000mAh battery.

The Jio Phone-rival packs 4GB of storage which can be bumped up by 32GB using a microSD card. The Turbo+ 4G is part of a new range of feature phones called Navratna, all of which are priced between Rs. 700 and Rs. 1,500. Intex says that this phone can give feature phone users better voice quality and the power of an Internet connection, without the cost of a smartphone.

Facebook AI shutdown story was sensationalized
The story that circulated earlier this week about Facebook shutting down an AI program after two bots "became too self-aware" is somewhat inaccurate, according to fresh reports. It seems that while there was, in fact, such a program and two bots did begin to adapt English words and syntax, they did not go so far as to create their own language. The issue was a programming error which did not restrict them to English, and because the experiment was related to chatbots in particular, they wound up defeating the purpose of improving their natural language skills. The "dialog agents" had been given different goals and were left to negotiate with each other, and Facebook still considers this an important step forward for AI and personalised digital assistants.

Amazon announces Great Indian Sale dates and offers
Amazon has announced its next sale event, called the Great Indian Sale. It will be held from August 9-12 in celebration of India's Independence Day, and promises to offer "never-before prices". Amazon Prime members will get early access to deals 30 minutes before everyone else, and there will also be deals for Amazon Pay users. SBI credit and debit card holders will get additional discounts when using the website and mobile app. Teasers about deals that will be offered during the sale will begin appearing on the site from August 7. Brands on sale as part of the Amazon Great Indian Sale will include Apple, Samsung, OnePlus, Micromax, TCL, Lenovo and HP.

BlackBerry KEYone with physical keyboard launched in India
Optiemus Infracom has launched the BlackBerry KEYone Black Special Edition in India, priced at Rs. 39,990. The KEYone runs Android 7.1 but has a unique physical QWERTY keyboard. The version sold in India supports dual SIMs plus 4G and VoLTE, and also has 4GB of RAM and 64GB of storage which are double the amounts that the same phone has in other countries. You get a 4.5-inch 1080x1620-pixel screen which is shorter than usual, plus a 3505mAh battery, 12-megapixel rear camera and 8-megapixel front camera. The KEYone is exclusive to Amazon in India and will go on sale from August 8. You can read our full review of this phone right here.

Samsung Galaxy J7 Pro goes on sale, Galaxy S7 gets discounted
After being launched earlier this year, the Samsung Galaxy J7 Pro has only just gone on sale. Priced at Rs. 20,990, the phone has a 5.5-inch full-HD Super AMOLED screen, octa-core Exynos 7870 SoC, 3GB of RAM, 64GB of storage, and 3600mAh battery. It has 13-megapixel cameras at the back as well as on the front. The Samsung Galaxy J7 Pro supports 4G and is IP54 certified for splash resistance. It also supports Samsung Pay. It is available in black and gold for Samsung's own online store. The company has also announced cashback offers of up to Rs. 8,000 on last year's flagship Galaxy S7 Edge (Review) smartphone, and up to Rs. 4,000 on the Galaxy S7, plus exchange benefits of up to Rs. 12,000 depending on which model you exchange. There's a new 24-month EMI offer as well as 180GB of 4G data from Reliance Jio.

Finally, Samsung announced today that Samsung Pay will now support SBI debit cards. To kick this off, the companies are offering Rs. 100 cash back on a minimum spend of Rs. 500 up to August 31. SBI says it has 130 million debit card users, while Samsung claims to have 25 percent of the Indian smartphone market.

Lenovo K8 Note to be Amazon exclusive, ZenFone 4 launch expected
The Lenovo K8 Note will be exclusive to Amazon India when it launches on August 9. Anyone interested in buying this phone can register on a dedicated Amazon page already. The phone is being promoted for performance and camera capabilities ahead of its launch. Leaks indicate that the Lenovo K8 Note might have a MediaTek Helio X20 SoC, 4GB of RAM and Android 7.1.1. Lenovo teasers also suggest that it might have dual rear cameras. Lenovo is skipping the K7 name, which makes this model the successor to the K6 Note.

Meanwhile, Asus has sent out invitations to an event in the Philippines on August 19, where it is expected to unveil a new ZenFone 4. Promo images also strongly suggest that dual rear cameras will be a key feature of the upcoming device. There is already a ZenFone 4 Max in Russia, but there's no confirmation of which variants will be announced at the event. The ZenFone 4 series was supposed to have launched in July but has been delayed for unknown reasons.

Nokia 8 likely to launch soon
HMD Global is holding an event on August 16, and it is most likely that the Nokia 8 will be launched. In the runup to the event, benchmark database entries pointing to the Nokia 8 have begun appearing online. The Nokia 8 is expected to have a 5.3-inch QHD screen, Snapdragon 835 SoC, 4GB of RAM, 64GB of storage, and Android 7.1.1. It could also have dual 12-megapixel or 13-megapixel rear cameras and be capable of recording 4K video.

HBO attackers said to have Game of Thrones script
HBO has apparently been hacked, and according to the company, the attackers have obtained copies of "upcoming programming". Now, other sources say that up to 1.5TB of data was stolen, including a script for an unaired episode of Game of Thrones and full episodes of other shows. HBO has not confirmed or denied this, but says that law enforcement agencies are conducting investigations.

Google launches "Made in India" app programme
Google hosted its first App Excellence summit in Bengaluru today, and introduced a new programme called Made in India to encourage developers to keep their local audiences in mind. The company hopes that this will help people find relevant apps, and developers find audiences. According to Google, 2G connections still account for 70 percent of mobile Internet use, and the majority of smartphones cost less than Rs. 6,500. Indian developers should work with these constraints or risk people getting left out. The company is also working on localisation such as enabling multiple payment options, which has resulted in a 3X increase in spending.

Apple said to be asking for supplier tax breaks
Apple is reportedly asking the Government of India to give its suppliers tax breaks in order to make local manufacturing more appealing. The two sides have been discussing how to move from assembling phones in India to full-scale manufacturing. The Government's position is that if such a policy were to come into effect, it would apply to all companies equally. Apple has previously asked for a 15-year exemption on duties on imported raw materials. Apple currently assembles its iPhone SE in India, in partnership with Wistron.

Paytm reportedly working on messaging feature
Paytm could soon introduce a messaging feature, allowing its 225 million users to communicate with each other without leaving the app. The company has not confirmed this, but it appears that the feature could roll out within weeks. Several messaging apps have recently moved to include peer-to-peer payments, so this would be a role reversal. Paytm could also use the capability to enable messaging between businesses and customers.

Infinix Hote 4 Pro, Note 4 launched in India
Internet services firm Transsion Holdings has launched its Infinix smartphone brand in India. Two models have been launched, the Infinix Hot 4 Pro and Infinix Note 4, priced at Rs. 7,499 and Rs. 8,999 respectively. Both will be exclusively available on Flipkart starting August 3. The company also claims to have over 850 service locations across India. The Infinix Hot 4 Pro has a 5.5-inch HD screen, MediaTek MT6737 SoC, 4000mAh battery, 3GB of RAM and 16GB of storage, while the Note 4 has a 5.7-inch full-HD screen, 4300mAh battery and 32GB of storage with the same processor and RAM.