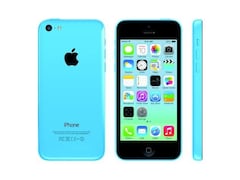 The release of iPhone 5s and iPhone 5c in September last year marked a departure from Apple's usual strategy of releasing one new iPhone every a year. The launch of the new iPhone would be accompanied by the outgoing iPhone getting a price cut, and the one before that becoming free on a contract in certain markets. This approach served Apple well because the iPhone doesn't age as quickly as its Android counterparts, and even a generation-old iPhone competes favourably with most mid-range Android phones on performance, if not on price.

Connectivity options on the Apple iPhone 5c include Wi-Fi 802.11 a/b/g/n, GPS, Bluetooth v4.00, 3G, and 4G (with support for Band 40 used by some LTE networks in India). Sensors on the phone include accelerometer, ambient light sensor, gyroscope, proximity sensor, and compass/ magnetometer.