Not Behind Ola in India, Here to Stay: Uber CEO Dara Khosrowshahi 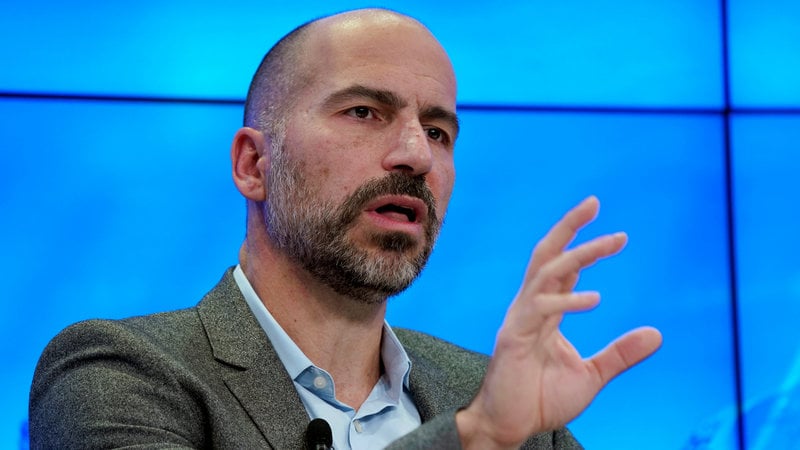 Uber CEO Dara Khosrowshahi has categorically denied that the company has any plans to exit India anytime soon, and talked about his vision for the comapy’s growth in India over the next ten years or more.

Uber was less successful in China, where it eventually had to exit the market in exchange for a stake in Didi Chuxing. Today, there are also rumours that Uber may have to exit South East Asia, perhaps making a similar deal with Grab. However, the Uber CEO stressed that business in India is not going to change. Speaking at an event in Delhi on Thursday, Khosrowshahi reiterated that Uber sees India as a very important market, and that it's here to stay.

"We consider the Indian market as part of our core," he said. "How we perform as a company ten years from now is very much going to be determined by our success in India."

To this end, Uber is also going to be stepping up hiring engineers in India, and will be working with the authorities to allow part time owner driven cars on the platform here, apart from full time licensed taxis.

“What I would like to see in India, we have a big business in India, but it is essentially a taxi-hailing company," said Khosrowshahi. "It's not about car sharing, and I think the next step for us to get our business to where we want it to be in India, is to move regulations forward so that we go from taxi hailing to true car sharing."

He also downplayed competition from Ola, and when asked why Ola was beating Uber in India, he immediately replied: "I don't think they're beating us by any means. It's great competition here, Ola is an excellent competitor, and I think ultimately the competition between us and Ola makes our respective services better."

"When we look at rider sentiment, when we look at driver sentiment, quality of service, we're actually leading in the marketplace, but you know it is a constant battle with Ola on a day to day basis, and I think where Ola is very effective is, they are hyper-local," he continued. "And where we have the advantage is, that we have engineers, we have the smartest global engineers making marketplace solutions, building dynamic pricing that reacts to supply on a minute by minute basis so we certainly have the global advantage on technology. We have to become more local, we understand the Indian consumer, and we have to build our product so that it is more tuned to the Indian consumer, five years from now."

Uber to Increase Number of Engineers in India by 3-4X, Says CEO Khosrowshahi

Although he brought up the importance of being local multiple times, Khosrowshahi also stressed the global advantages that Uber has. "What differentiates Uber from any other car company in the world is our breadth and depth," said Khosrowshahi. "This is ultimately a scale game and I think we can bring our solutions to everybody in the world, and I think companies who just focus on their core markets are going to be guilty of not investing enough in the long term."

That said, Khosrowshahi did not entirely rule out a China-like exit from India, saying that although Uber firmly plans to stay in the market, how that's going to happen is less clear. "I think five years hence we'll still be in the Indian market. Who knows if it's through a merger," he said. "Right now I can tell you my focus is on investing in the Indian market, improving our product - at this point I'm not thinking about mergers and acquisitions."