Adobe Photoshop Touch App to Shut Down Next Week 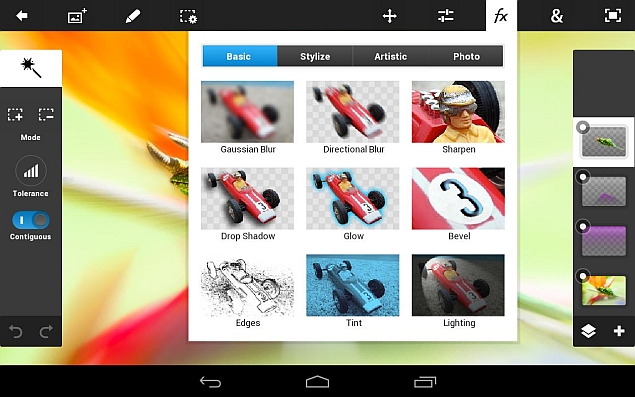 Adobe on Thursday announced the shutdown of its Photoshop Touch app, and the introduction of three new apps as well. Adobe will be launching what it calls "capture" apps namely Colour CC, Brush CC, and Shape CC.

The firm in its blog post announced that its Photoshop Touch app, which was first launched in 2011, will be removed from the App Store and Google Play from Thursday. Users already utilising the app will not receive any further updates, but the app will stay completely functional. Users can also download the apps from their purchase history.

"For those of you who have been using Photoshop Touch, thank you and please continue creating amazing work with it; while it will no longer be available in stores as of May 28th and we won't ship further updates, it will remain completely functional on your devices for the foreseeable future," said the blog. The firm added that it is making some "new mobile applications" for the Android platform. More details can be viewed on Adobe's dedicated support page.

As for the new mobile apps Adobe is working on, the Colour CC app allows users to capture and edit themes from pointing the handset camera randomly anywhere. The themes can be synced with Adobe Colour service and can be access with Illustrator Line, Adobe Photoshop Sketch, Illustrator, InDesign, and Photoshop. The Shape CC can be used to convert real images in to vector images, which can also be edited and synced with Creative Cloud. The Brush CC, as the name hints, lets users create and edit brushes for Photoshop. The app can also be synced with Creative Cloud.

Adobe also gave a preview of its upcoming retouching app for mobile devices called Project Rigel. The app is said to arrive late this year. The app preview video can be seen below. Finally, Adobe also announced that its Photoshop Mix app will soon be made available for Android.

Steam May Soon Support INR, Here's What It Could Mean for You
SBI Ties Up With Snapdeal, PayPal to Assist SMEs