Dropbox Capture is available in beta for both personal and business account users starting today. 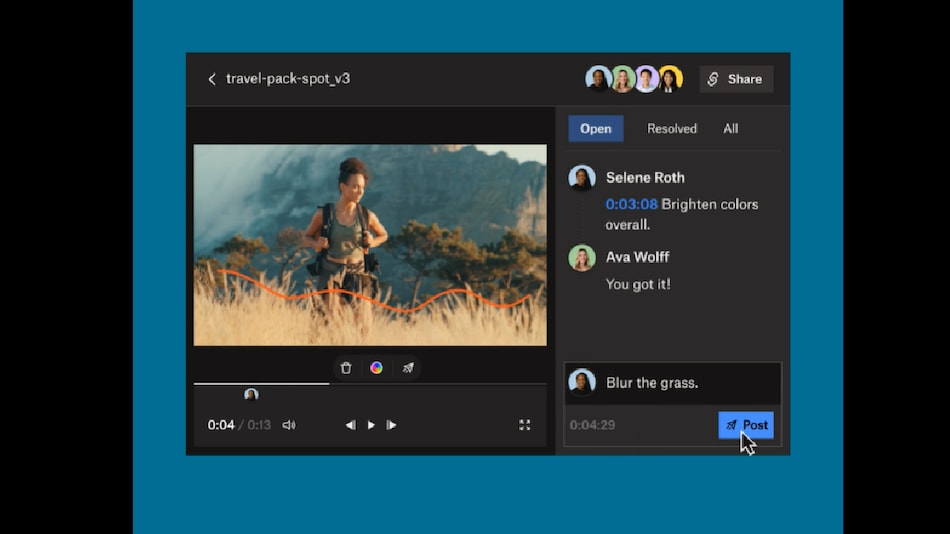 Dropbox is rolling out three new features that make the cloud storage platform more useful in a hybrid working setting. The first is a video communications tool called Capture that allows users to share explainer videos or video messages quickly. Replay is a video collaboration feature that lets teammates collect, manage, and respond to feedback. Finally, the Shop feature allows users to sell digital content creations like art, plug-ins, or music they have stored in Dropbox. Dropbox's Capture is available in beta for personal and business account users starting today, while Replay and Shop features will soon come to the beta.

The file-hosting and sharing platform announced the arrival of the new updates via a blog post. Dropbox says Capture is an all-in-one visual communication tool that helps team members share their work and ideas asynchronously. The feature encourages users to send short video messages instead of long emails. It allows users to record their screen, take screenshots, and create GIFs to share. Additionally, the feature can share status updates and work in progress with teammates. Capture is available in beta version now and personal and business plan users can try it out.

With Replay, users can share videos with teammates who can then quickly give suggestions and feedback on the same note without downloading it. There's a live viewing feature that lets the user watch the video together with teammates. People without a Dropbox account can also use this feature. The Dropbox Replay preview is currently available in English only and it will come to beta later.

Dropbox Shop is aimed at helping digital content creators. It can help monetising content by assisting in selling the digital content that users have stored in Dropbox. Users can add content directly from Dropbox or computer, set a custom image, audio, or video preview, and then decide the price. It automatically delivers content upon payment. Also, users can share these listings with customers through social media.