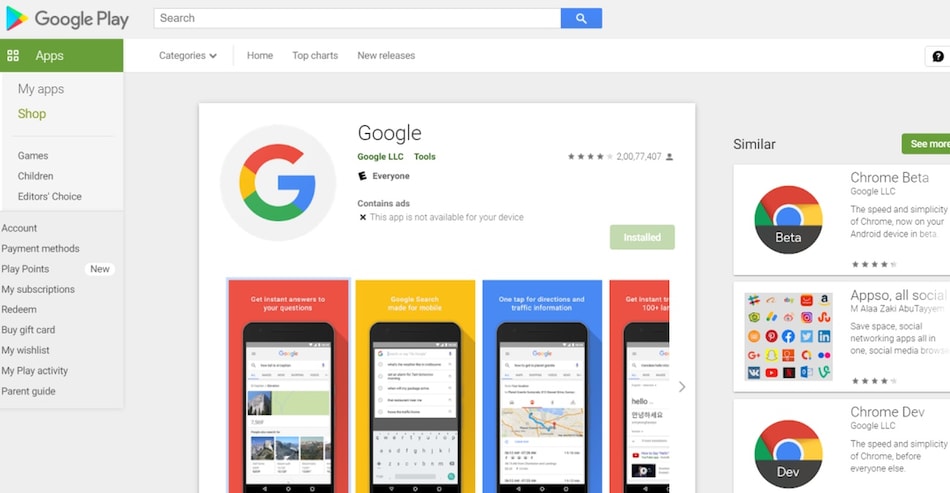 Google app for Android is crashing on phones from multiple brands and across regions. Several users are complaining of the issue with the app on Reddit forums as well as Twitter. A bug seems to have been introduced to the Google app after a stable update was rolled out to Android devices across brands. The problem with the Google app is also reportedly causing Google Assistant and Google Lens to malfunction for some users. Google is yet to acknowledge the issue and offer a fix.

Several users on Twitter have also posted about the problem with the Google app. As per screenshots shared, the Google app keeps showing an error pop-up that reads ‘Google keeps stopping,' giving Android phone users across brands — including Samsung, Sony, and Xiaomi but not limited to these — the options to ‘close the app' and ‘send feedback.' Users say that restarting the app does not solve the issue and the pop-up keeps reappearing, which renders the app unusable.

While Google is yet to officially acknowledge the widespread issue, a reply to a user complaint on Twitter from the Made by Google (@madebygoogle) handle suggested a “soft reboot” of the Google Pixel 5 experiencing the problem. A report by Android Authority says that while it helped a few users, rebooting their phones did not resolve the issue for many others.

As mentioned, many users say that they were able to fix the problem with the Google app by uninstalling the updates from their devices, which rolls it back to its factory-installed version. You can go to Settings > Apps > Google > Uninstall Updates on your Android device for the same.

A user on Reddit also claimed that signing up for the app's beta programme from its Google Play store listing and installing version 12.24.7.29 (beta) fixed the issue for them. Gadgets 360 has reached out to Google for a comment on the issue. This report will be updated when we get a response.