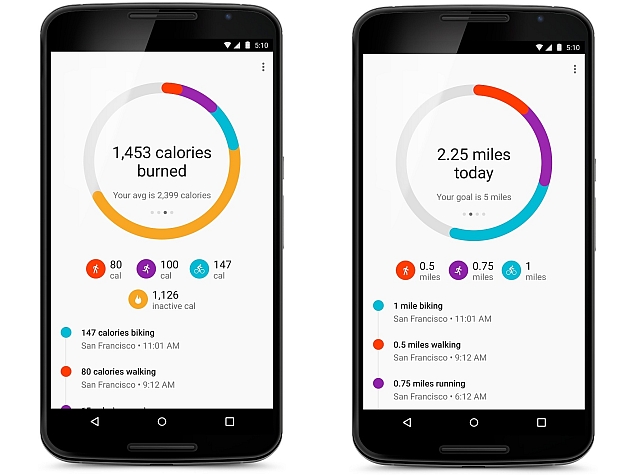 Google has rolled out an update for its Google Fit app with new features that include estimation of distance covered and calories burnt,. The latest version of Google Fit bumps the app version to 1.52.

The updated Google Fit app can now track the distance and let them know how many calories they have burnt in covering the particular distance. Users would need to feed their gender, height and weight, and Google will do rest of the calculations. Grouping the fitness histories by days, weeks and months is also now possible for users.

As a part of the update Google has also introduced a home screen widget that will give users a glimpse of their activity levels. The firm has also added an Android Wear watch face that carries similar functions. "Now with a quick glance at your phone or watch, you'll be able to see how close you are to your goal and stay motivated," says the Google blog post. Users can wait for the update to arrive or can download the Google-signed apk file posted via Android Police.

Google last updated its Google Fit application in December and added 100 new activities that users can add manually to track their health. A number of winter sports such as skiing, biathlon, and skating were also added. The firm also introduced an improved algorithm to measure the steps taken by a user. The app also made its debut on the Android Wear platform in the update.

The firm launched the Google Fit app in October last year, months after introducing a health platform with the same name that provided APIs to developers and manufacturers to create related apps and devices.