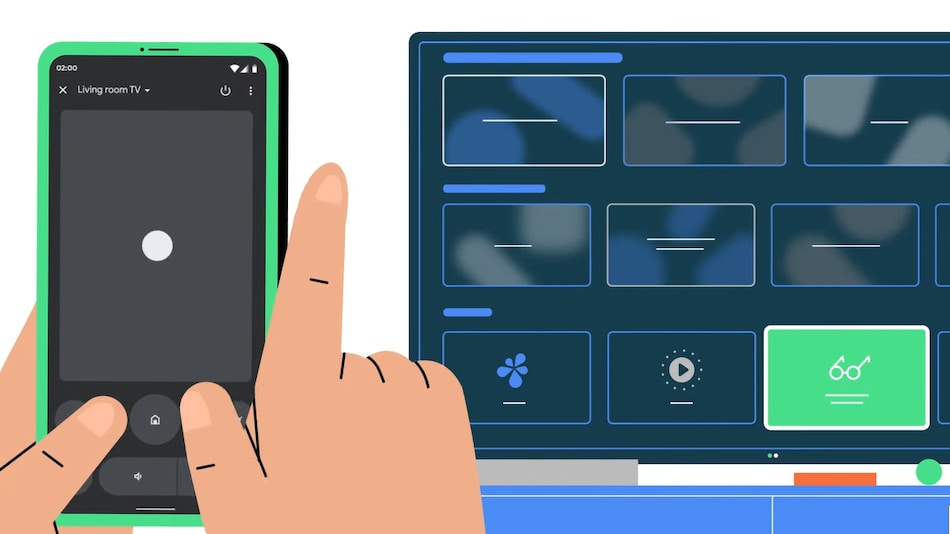 Google in September this year announced the plans to add a remote for Google TV and Android TV devices to the Home app. As per a report by 9to5Google, now any device running Android TV will have a new option to open a virtual remote along the bottom of the display. To set up the remote, the user has to open the Google Home app and tap on the Open remote option in the bottom-left corner. Then the user can swipe to navigate and tap to select. As per screenshots of the Google Home app shared by 9to5Google, the app shows power and keyboard input box at the top, along with Home and Assistant shortcut button below the touch control area. The volume and mute options are missing in Home.

The latest version of the Google Home app should be available via Google Play. At the time of writing, the version number available was seen to be 2.45.1.8 in India.

Separately, Google TV is reportedly getting a new update that allows users to watchlist movies and shows on the platform to keep track of the discoveries and view them later. With the latest update, Google TV will alert users when a show or movie added to the watchlist is freely available on the service. The watchlist will be shared between all the devices as well.

This can be accessed by tapping your profile picture and selecting Google TV settings on the app. Then tap Update notification preferences, and select Get updates when items on your watchlist become available for free. However, Google has not officially announced the rollout of this feature. Google TV update 4.29 is said to be rolling out now on the Google Play store.