You need to configure your 10-digit Jio Fiber number on the JioJoin app to begin the new experience. 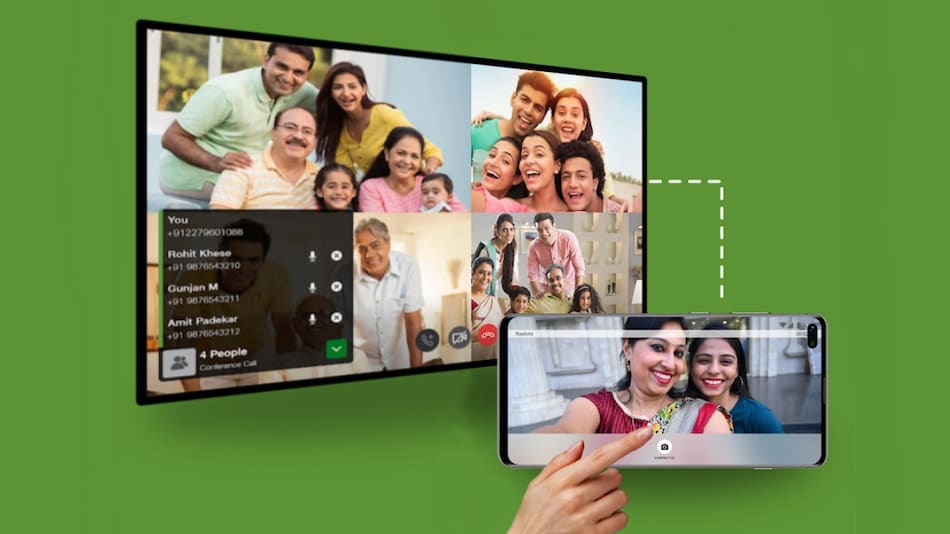 Jio Fiber users can now make video calls from their TVs without requiring an external camera or webcam. Called ‘Camera on Mobile', the new feature is available through the JioJoin app (previously named JioCall) available for Android and iOS devices. It allows users to make their phone camera an input device for video calls. It enables video-calling through the JioFiberVoice that is bundled with Jio Fiber service to offer calling support to broadband users. Customers can also use the JioJoin app on their mobile devices to make voice calls using their landline number.

The ‘Camera on Mobile' feature has been in testing for the last few months, though it has now been rolled out to both Android and iOS users.

To start making video calls on your TV using the camera of your mobile device, you need to first configure your 10-digit Jio Fiber number on the JioJoin app. This will allow the app to virtually make your phone as a companion device for your Jio Fiber connection.

Once you're done with the configuration, you can enable the ‘Camera on Mobile' feature from the JioJoin app settings. You're now ready to use your phone as a webcam to make video calls through your TV.

Jio Fiber recommends users to switch to 5GHz Wi-Fi band on their modems to get better clarity in video calls. You can, however, experience the feature on the 2.4GHz band as well — but maybe with some lag.

The JioJoin app is available for download through the App Store and Google Play. It requires devices to run on at least Android 6.0 or iOS 10.0.

In the recent past, companies including OnePlus and Xiaomi have brought webcams specifically for TVs to enable video calling through big screens as people are staying indoors due to the COVID-19 pandemic. But the model of using phones as webcams brings additional convenience to Jio Fiber users as they no longer need to purchase a separate device for making video calls through their TVs. However, there are likely to be some quality-level compromises as phones will enable video feed to recipients over Wi-Fi. Most affordable smartphones also don't have high-quality selfie cameras to deliver a great video-calling experience.