Microsoft’s Your Phone app lets users receive and reply to notifications on their Android phone from their Windows 10 PC. 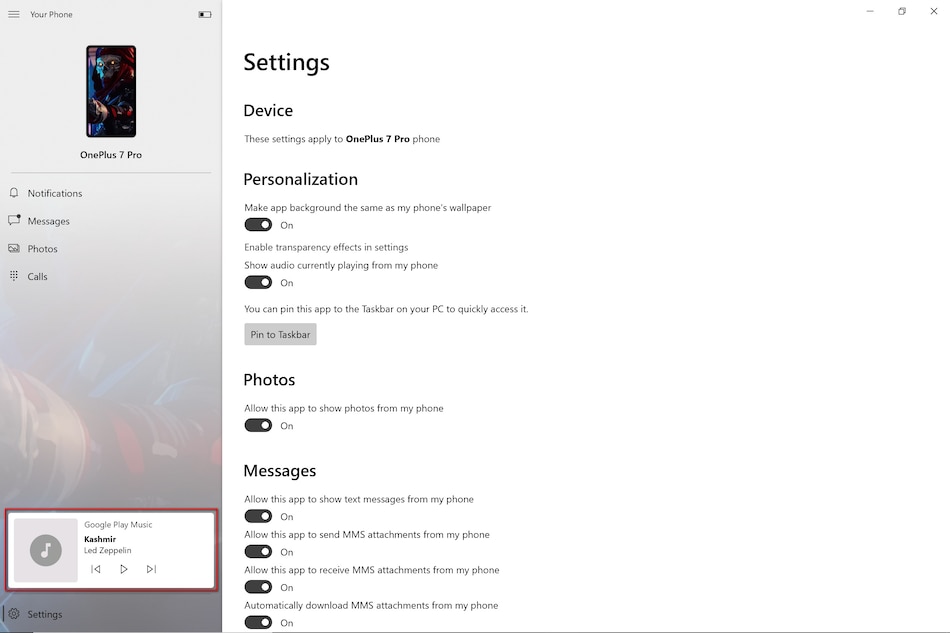 Your Phone is free on the Google Play store

Microsoft has finally added music controls to the Your Phone app on Windows 10. This feature allows users to control their songs playing on their Android phone from their Windows desktop. The controls are visible on the bottom left corner of the Your Phone app allowing users to play/ pause and switch tracks playing on their Android phone while using the Windows app. The feature, which was just implemented, was announced by Microsoft in April.

This was first reported by TechDows, and independently confirmed by Gadgets 360 as well.

Music controls in Your Phone app

Your Phone app for Windows 10 is a way for Windows users to control their notifications, calls, and phone in general, right from their desktop. Now, they can control their music as well with the implementation of this new feature. When an Android phone is connected to a Windows 10 PC via the Your Phone app, a music player widget with basic controls pops up on the app interface when music is playing on the phone. It lets you play/pause and switch tracks.

You can also see the album art and the name of service that is playing the track. Notably, this feature works with YouTube Music, Google Play Music, Amazon Music, Spotify, Xiaomi Music, Google Podcasts, and Pandora.

Microsoft had announced at the end of April that is testing a new feature that lets users control the music on the smartphone via their Windows 10 PCs. It was initially limited to Windows Insider build users.

To use the Your Phone app, Windows users need to be running Windows 10 October 2018 update or later and their Android phone should be running Android 7 or later. Gadgets 360 was able to test this feature with Your Phone version 1.20051.93.0 for the Windows app and version 1.20051.113.0 for the Android app. There is also a slight delay between clicking on the music controls and the action reflecting on the phone.