The TRAI Channel Selector app is available for Android and iOS via Google Play and the App Store. 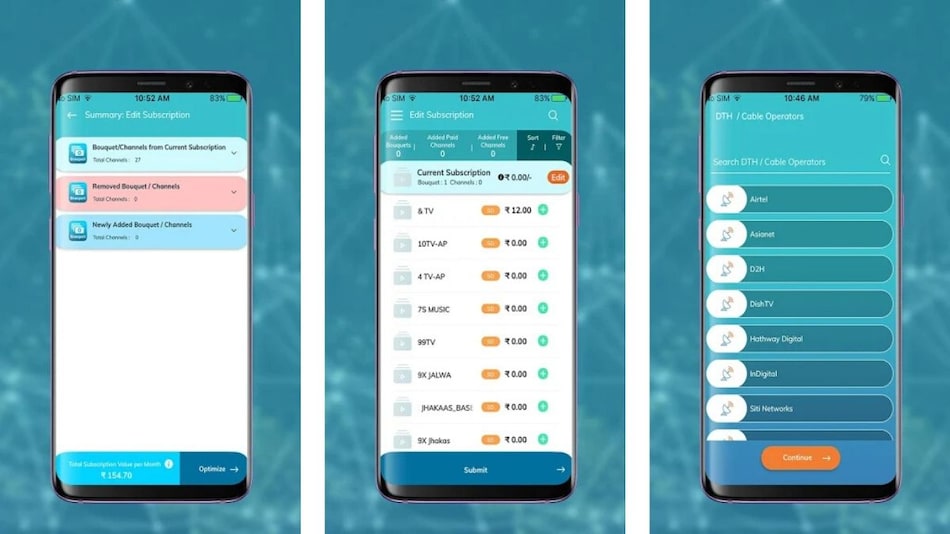 Telecom Regulatory Authority of India (TRAI) on Thursday launched a channel selector application which will facilitate consumers to view their TV subscription and choose the channels of their interest while removing the unwanted ones. In a statement, TRAI said that after issuing the new tariff order for broadcasting services it was noticed that consumers were facing difficulty to opt for TV channels or bouquets of their choice on the Web portal or applications of their respective Distributed Platform Operators (DPO).

Therefore, the authority decided to develop an app which will fetch data from DPOs. The TRAI Channel Selector app is available for Android and iOS via Google Play and the App Store. It is presently functional with major DTH operators and Multi System Operators (MSO/cable operators). However, efforts are being made to integrate other service providers also on the platform, TRAI said.

The app would facilitate subscribers to check their own subscription, view all channels and bouquets provided by their DTH or Cable operator, choose only the channels of interest and remove unwanted channels. Consumers can get the best combination of user selected channels or bouquets in same price or in less price by using the app, the statement said. It also gives consumers the facility to modify existing subscription and check real time status of your subscription request.

Another prominent feature of the app is optimisation of the subscription before it is sent to DTH or cable operator and, therefore, the subscribers can get best value for money, TRAI said. TRAI had notified the New Regulatory Framework for Broadcasting and Cable services in March 2017. The new framework came into effect on December 29, 2018. TRAI's new regulations or orders for the television and broadcasting sector were meant to give freedom to consumers to select which television channels they want to watch.