Beats Pill Plus will be available for purchase globally on March 4. 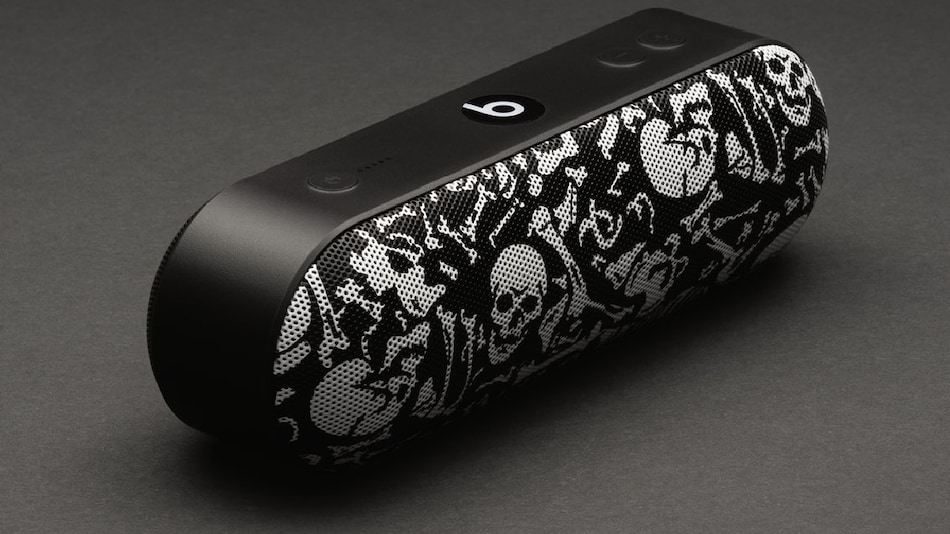 Beats is launching a limited-edition model of its discontinued Beats Pill+ in collaboration with American fashion house Stüssy. The launch comes quite soon after Apple discontinued Beats Pill+ in January this year. The new Pill Plus will keep the original design. The speaker will be available for purchase globally on March 4 and the audio system is expected to come at a price of $185 (roughly Rs. 14,000). Beats Fit Pro, the true wireless stereo (TWS) earphones from the California-based Apple subsidiary, were launched in the US in November last year and was made available for purchase globally in January.

The original Beats Pill+ speaker was released by Apple in 2015. It was the first device that was released after Apple's $3 billion (roughly Rs. 22,700 crore) acquisition of Beats in 2014.

The new version of the Beats Pill+ from Beats by Dre and Stüssy is a limited-edition model and will keep the original design of the model that was discontinued by Apple in January 2022. The speaker will come in black colour with a white skull and crossbones design on the front. One side of the speaker reads “the only good system is a sound system”. Stüssy's website says the new Pill Plus will combine the “signature Southern California aesthetic with a rich, clear sound field that will improve your listening experience anywhere.”

The only good system is a sound system. Beats and @Stussy introduce a co-designed Pill+ speaker, exclusively at Stüssy.https://t.co/XPNDBoXy7d pic.twitter.com/1Ydk2lXEeR

The exact specifications and features of the overhauled speaker are yet to be revealed.

In other news about the Apple-owned brand, Beats Fit Pro TWS earphones were launched in the US in November 2021. The TWS earbuds feature active noise cancellation (ANC) along with Spatial Audio support and sport Apple's H1 chip. The Beats Fit Pro were later launched globally early this year in January 2021.