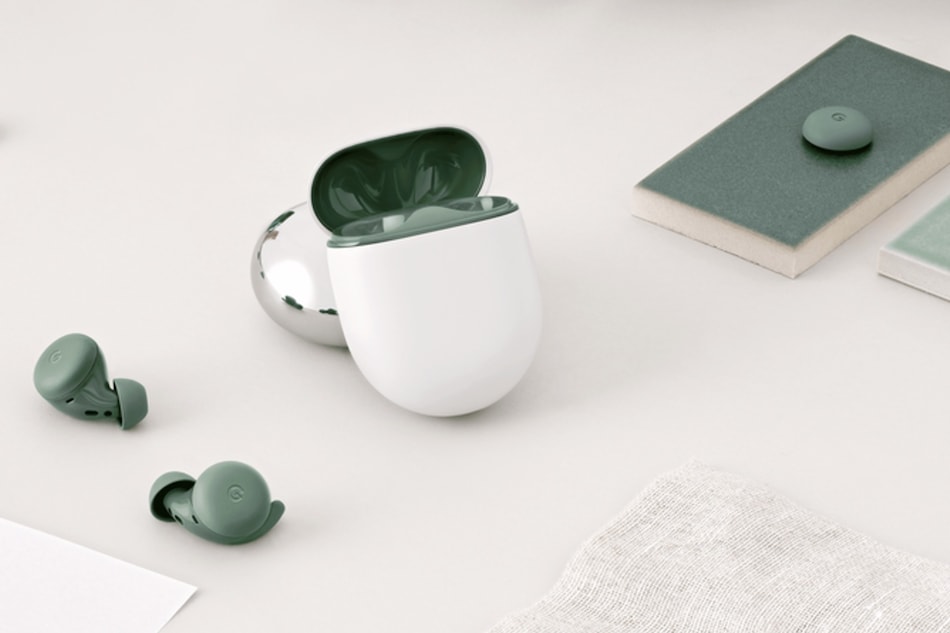 Google Pixel Buds A-Series have been officially launched as Google's new truly wireless (TWS) earbuds — after being a part of the rumour mill and being accidentally confirmed online. The new model is designed as an affordable version of the Pixel Buds earbuds that Google introduced in 2019 and made available last year. However, despite being a toned-down version, the Pixel Buds A-Series earbuds have a list of similarities with the last-generation Pixel Buds. You'll, for instance, get the same 12mm dynamic drivers that were available on the previous model. The Pixel Buds A-Series are also touted to deliver up to 24 hours of listening time — with the bundled charging case. There are, though, some areas where Google has tried to cut costs.

Google Pixel Buds A-Series price has been set at $99 (roughly Rs. 7,200). The TWS earbuds come in two distinct colour options, namely Clearly White and Dark Olive. In terms of availability, Google has made the Pixel Buds A-Series available for pre-orders in the US and Canada for now, with their shipments beginning from June 17. There are no details on when the new earbuds would reach other markets including India.

The difference on the pricing part certainly means that the Pixel Buds A-Series will have some losses over the Pixel Buds. However, you won't notice them at the first glance — it was certainly hard to tell them apart when the new model got tweeted by Google's official Android account prematurely last month.

Google has provided custom-designed 12mm dynamic speaker drivers on the Pixel Buds A-Series that are claimed to deliver full, clear, and natural sound, along with Bass Boost. The earbuds also come with an IPX4-rated sweat- and water-resistant build. Further, there is passive noise reduction. The Pixel Buds A-Series also use beamforming microphones to let you focus on your voice during calls by reducing outside noise. Additionally, you can use the microphones to call Google Assistant simply using the “Hey Google!” command. All this is identical to what you'll get on last year's Pixel Buds.

But Google has chosen to cut some corners to reduce the pricing of the Pixel Buds A-Series. These include the lack of wireless charging support, no support for swiping controls to adjust volume levels, and the loss of Attention Alerts feature that would reduce the volume when users were required to listen to sounds such as a baby crying or a siren.

The Pixel Buds A-Series yet have no compromises — at least on paper — around the sound quality. The earbuds also come with Adaptive Sound, which increases or decreases the volume based on surroundings. Google has also tweaked the design of the new Pixel Buds' earpieces to make them a bit smaller over the last model.

On the connectivity front, the Pixel Buds A-Series have Bluetooth v5.0. The earbuds can also offer features including real-time translation in more than 40 languages when using with a Pixel phone or a device running on Android 6.0 or later.

Ransomware Attacks to Get Similar Priority as Terrorism in US, Official Says