OnePlus Pods Tipped to Come in Black Colour With In-Ear Design, May Launch Alongside the OnePlus Nord

OnePlus Pods is not the confirmed name for the company’s first TWS earbuds. 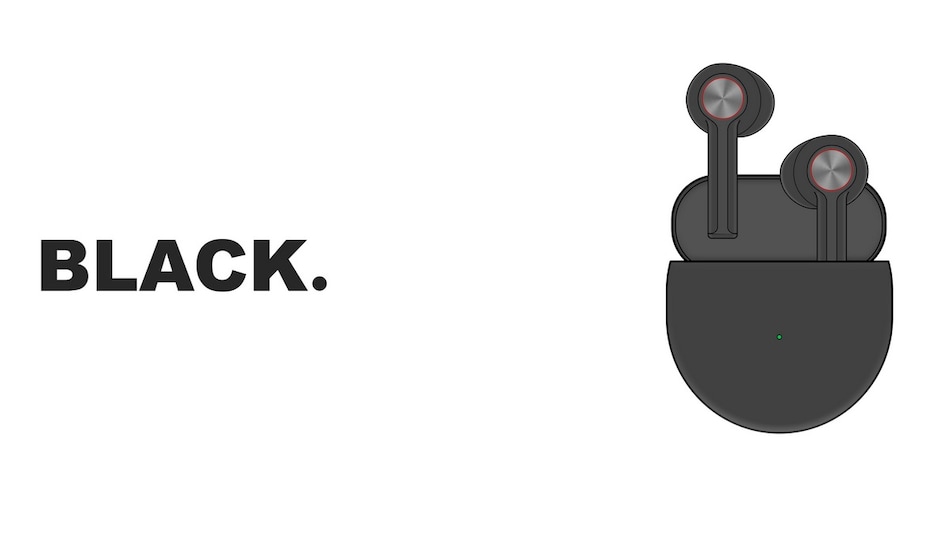 OnePlus' first truly wireless earbuds, rumoured to be called the OnePlus Pods, have been in the news for quite some time now with no concrete information on the specifications or design. Now, a known tipster has shared an image on Twitter showing a render of the OnePlus Pods in black, which provides some additional information. Notably, this is the same tipster who first shared an image of the TWS earbuds by OnePlus, stating that they were called OnePlus Buds, however, the Android 11 Beta 1 update for the OnePlus 8 series had references to the ‘OnePlus Pods' leading us to believe that will be the name for the company's first TWS earbuds.

The image shared on Twitter by known tipster Max J shows the charging case and the earbuds themselves, in all black. They seem to have an in-ear design with a brushed aluminium back that has a pattern similar to that on the [OnePlus Bullets Wireless 2 (Review) and the Bullets Wireless Z (Review). The case seems to come with a charging indicator in the centre. This was also seen in the previous image shared by the same tipster. Since the earbuds in the latest image seem to have an in-ear design, there will be some amount of passive noise isolation. While the tipster has not shared any information on availability, it is expected that the OnePlus Pods will arrive alongside the OnePlus ‘Nord' in July.

Coming to the name, the company's first TWS earbuds are rumoured to be called the OnePlus Buds or the OnePlus Pods. The ‘Buds' moniker first came into light in late May courtesy of tipster Max J who, at the time, shared an image of TWS earbuds that looked similar to the Apple AirPods with a different case. Then, earlier in June, the Android 11 Beta 1 for the OnePlus 8 series came with references for the ‘OnePlus Pods' which suggest the ‘Pods' moniker.

As of now, OnePlus has not shared any information on the name, availability, or pricing of the rumoured OnePlus Pods.