Is this the best wireless speaker you can buy for around Rs. 20,000? 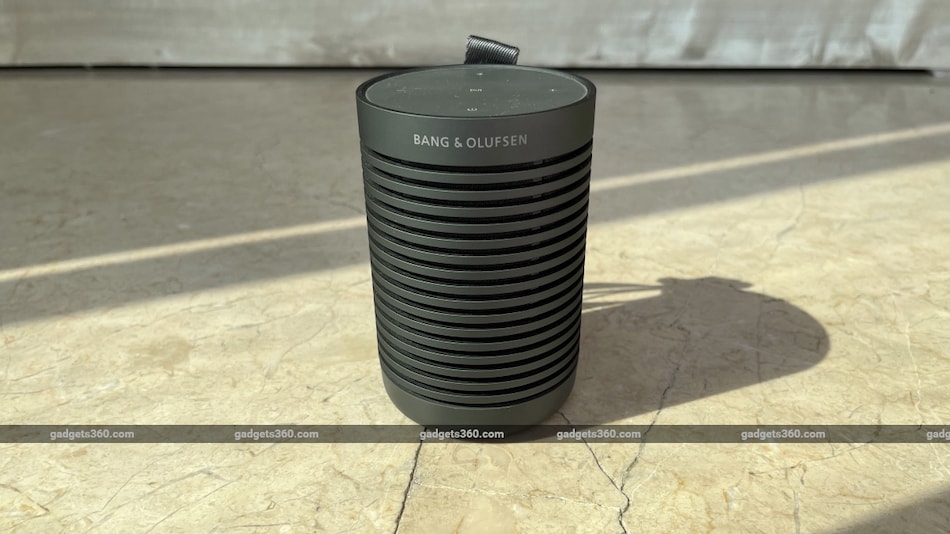 The Bang & Olufsen Beosound Explore is priced at around Rs. 20,000 in India

Danish high-end consumer electronics manufacturer Bang & Olufsen is well known for its products' design and attention to detail, apart from performance. The Beosound range of audio products covers all kinds of speakers including home installation speaker systems, but the product I'm reviewing today is part of its portable audio range. In fact, it's one of the most affordable products Bang & Olufsen currently offers, even though it still costs quite a premium compared to similar wireless speakers from brands such as Xiaomi, Sony, and JBL.

The Beosound Explore is a premium wireless speaker, priced at Rs. 20,000 in India. It's designed and built for outdoor use, with an anodised aluminium frame and IP67 rating for dust and water resistance. Is this the best Bluetooth wireless speaker you can buy for around Rs. 20,000 right now? Find out in this review.

The Bang & Olufsen Beosound Explore is among the company's more affordable wireless speakers, but is still priced at a premium at Rs. 20,000

The Bang & Olufsen Beosound Explore can handle the elements

Bang & Olufsen products are known to have very good aesthetics, and the Beosound Explore is no exception. The speaker is stylish, sophisticated, and considerably smaller than similarly positioned options such as the UE Boom 3 and JBL Xtreme 2. However, it weighs roughly the same as the aforementioned products because of the liberal use of metal in its construction. The frame is made of anodised aluminium while the base has a rubberised material for grip and some degree of shock resistance.

The Bang & Olufsen Beosound Explore is IP67 rated for dust and water resistance; this means that it can handle significant exposure to dirt, dust, and water, including being fully submerged in shallow water for short periods of time. A waterproof fabric strap and a carabiner are also included with the speaker to make handling and carrying it a bit easier. The USB Type-C port for charging is at the bottom, on the rubberised base, and the controls are on the top. The positioning of the speaker drivers allows for 360-degree sound rather than having a targeted listening zone.

There are five soft-touch physical buttons on the top to control power, volume, playback, and Bluetooth pairing. The playback button lets you play and pause music with a single press, but you can also skip to the next track with a double-press or the previous track with a triple-press.

What's useful is that there is also multi-point connectivity, which lets you connect up to two Bluetooth devices simultaneously, as well as stereo pairing if you have two Beosound Explore speakers. Quick pairing through the Google Fast Pair and Microsoft Swift Pair protocols are also supported. It's important to point out that this speaker does not have a built-in microphone, so you can't use it as a hands-free device for calls. That also means there's no support for voice assistants such as Google Assistant or Amazon Alexa either.

The Bang & Olufsen Beosound Explore has two 1.8-inch drivers, two 30W Class D full-range amplifiers, and a frequency response range of 56-22,700Hz. The speaker uses Bluetooth 5.2 for connectivity with support for the SBC Bluetooth codec. The Bang & Olufsen app (available on iOS and Android) allows for playback and volume controls, sound profile customisation, and setting up stereo pairing to link two Beosound Explore speakers. It also displays the battery level of the speaker.

Battery life on the Bang & Olufsen Beosound Explore is claimed to be 27 hours at normal volume by the company, but in actual use I found it to be a lot less. I got around 11 hours of listening time at moderate volume levels on a single charge, which although much lower than the claimed figure, is acceptable for a speaker of this size. It took around two hours to fully charge the Beosound Explore with my own 10W charger.

Good looks and build quality aside, the Bang & Olufsen Beosound Explore promises good sound quality thanks to its dual-driver setup. Although the amplification specifications suggest that the Beosound Explore is loud, it doesn't quite push volume as well as devices such as the UE Boom 3. That said, sound quality is decent in terms of tuning, and the positioning of the drivers makes for a good soundstage.

I used the Bang & Olufsen Beosound Explore with an iPhone 13 (Review) as the primary source device for this review, but also tested multi-point connectivity with an Android smartphone. Since there is no microphone on the device, my testing was limited to listening to music, watching occasional videos on YouTube, and playing games on my smartphone. Connectivity was stable even with two devices connected to the speaker, over distances of up to 3m, and switching between devices was quick and seamless.

Starting with Supalonely by Benee, I had the volume at around 50 percent and the sound profile set to the ‘Optimal' level, which is the equivalent of a flat equaliser setting thanks to the speaker's natural tuning. I found the sound a bit too warm at this setting, which made Benee's light, youthful vocals sound a bit muddy and skewed. While this did help to make the sound punchy and bass-happy in this peppy track, it didn't quite sound as clean as I would have liked.

Fortunately, the sound profile is easy to adjust to your liking, and I was able to intuitively set it to levels that suited individual tracks. That said, this isn't something I would want to do often given my varied musical preferences and tendency to listen to different genres on shuffle. In this respect, the natural tuning of the speaker wasn't quite as good as I had hoped for, especially considering what it costs.

With Intoxicated by Martin Solveig and GTA, I had a chance to listen to the Beosound Explore with the kind of music that suits it the best. The strong, fast beat of this track sounded fun on the speaker, and the directionality of its drivers made for an excellent soundstage across the room, despite the fact that it was placed against a wall in one corner. With the volume turned up, this track was very enjoyable, and I also felt that the sound quality improved a bit with the volume at around the 70 percent mark or higher.

Although turning the volume up to around the 90 percent level made the sonic signature feel a bit too boomy and overbearing, the Beosound Explore held its own in terms of keeping distortion and harshness in the sound to a minimum. On the whole, the Bang & Olufsen Beosound Explore sounds decent, even considering its high price, but is held back slightly by its size and tendency to sound a bit too warm.

Bang & Olufsen's ‘luxurious' approach to personal audio works out reasonably well for the Beosound Explore. This is an outdoor-friendly wireless speaker that could be well suited to ‘glamping' or sitting by the side of the swimming pool at your vacation home. It's a good-looking, well-built wireless speaker that offers enough by way of sound quality to somewhat rationalise its Rs. 20,000 price tag.

That said, sound isn't quite as loud as I had hoped for, there's no microphone for hands-free calling, and you're definitely paying a premium for the beautiful styling and rugged construction. The sound quality is decent though, particularly the good soundstage and the ability to quickly tweak the equaliser to your liking using the app, thus making the Bang & Olufsen Beosound Explore a worthwhile option to consider for around Rs. 20,000.