The DeepRedSky NFT marketplace will continue to bring NFTs based on politics, media, and sports. 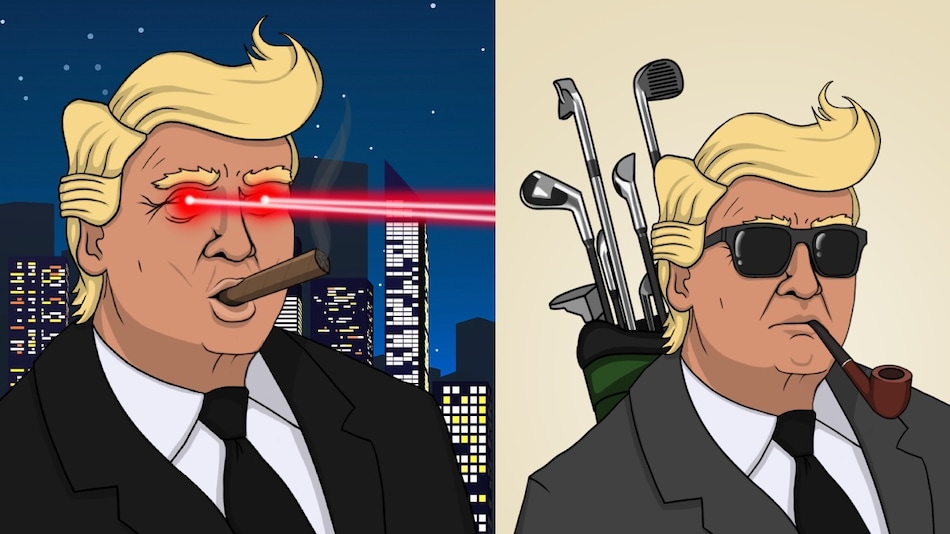 DeepRedSky has uploaded 10,000 NFTs inspired by Donald Trump for sale

Parler, the US-based social networking platform, has launched a new marketplace for non-fungible tokens (NFTs) and named it DeepRedSky. In order to reel in buyers, Parler has launched a series of NFTs inspired by former US President, Donald Trump. This collection is called the “Official CryptoTrump Club” and each of its NFT shows the 75-year-old former US President in varying settings. NFTs are digital collectibles that are supported on the blockchain network, and each of which holds substantial financial values.

The marketplace will focus on bringing NFTs based on the sectors of politics, media, and sports.

For its first sale, DeepRedSky has listed 10,000 NFTs featuring Trump. Out of these, 250 are classified as “extremely rare”.

“The DeepRedSky Roadmap includes gamification, purchasing via cryptocurrency, groundbreaking marketplace features, and integration with the Parler platform,” the company said in a press release.

As part of its future plans, the DeepRedSky marketplace will add the twists of pack and drops, gumball machine schemas, and instant buys to its NFT selling mechanism.

Non-crypto users can purchase NFTs from the new platform via credit and debit cards. Buyers would however have to make a crypto wallet on Solana blockchain in order to receive and store their NFT assets.

OpenSea claims to be the world's largest NFT marketplace currently.

This January, a new NFT marketplace named LooksRare made its debut.

With NFT-owning becoming a trend among crypto holders and celebrities, platforms like the New York Stock Exchange have applied to operate as an NFT marketplace in the future.

Radhika Parashar Email Radhika
Radhika Parashar is a senior correspondent for Gadgets 360. She has been reporting on tech and telecom for the last three years now and will be focussing on writing about all things crypto. Besides this, she is a major sitcom nerd and often replies in Chandler Bing and Michael Scott references. For tips or queries you could reach out to her at RadhikaP@ndtv.com. More
Samsung Galaxy S22 Ultra Survives JerryRigsEverything Test, Passes Bend Test Gracefully