The Boys 3 comes to Prime Video nearly two years after the previous season. 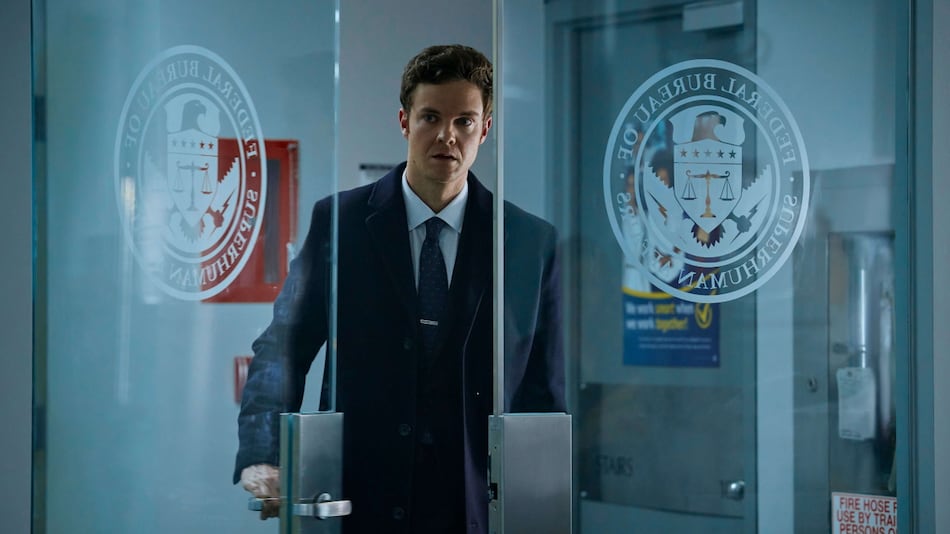 Jack Quaid in The Boys season 3

The Boys season 3, set to debut this week on Amazon Prime Video, marks the return of some highly polarising characters — from Karl Urban's Billy Butcher to Antony Starr's Homelander — who were last seen setting our screens on fire in 2020 when the previous instalment ended with a brutal and bold final episode. While most plot details are under wraps, pretty much all promotional material released so far points to this being bolder and bloodier than the previous instalments. It might also lay the groundwork for the rumoured but yet-to-be-announced fourth season of The Boys.

With that, here's everything you need to know about The Boys season 3.

The Boys season 3 release date and time in India

The first three episodes of the eight-part The Boys season 3 will be out Friday, June 3 on Amazon Prime Video at 10am IST.

A new episode drops every Friday with the final one airing on July 8, nearly four weeks after its debut.

As mentioned earlier, there are eight episodes in The Boys season 3. While not a lot is known about how they'll play out, showrunner Eric Kripke had some time ago said that the opening episode, titled ‘Payback', will feature the “craziest thing anyone's ever done”.

Jensen Ackles and Sean Patrick Flanery are inarguably the biggest new additions to The Boys season 3 cast. Ackles plays the legendary superhero Soldier Boy, a character with a riveting backstory. Kripke had sometime ago revealed that the show will examine the US' past through this character while addressing the problems caused by toxic masculinity.

Kripke said: “Season 3 delves a lot more into the history of how we got here through this character of Soldier Boy. We were able to dig into both the history of the country and also really look at toxic masculinity, and masculine roles, and what a s**t-show that's overall caused.”

The Boys season 3 is touted to be bloodier than the first two parts
Photo Credit: Prime Video

Flanery, on the other hand, plays the Judge Dredd-inspired Gunpowder. One is likely to get more clarity to this new addition to The Boys universe once the show premieres. Nick Weschler as Blue Hawk, Laurie Holden as Crimson Countess, and Miles Gaston Villanueva as Supersonic are the other new entrants on The Boys season 3. Not a lot of details, however, are available about their characters.

They join Urban and Starr, who again headline The Boys season 3 cast as the vigilante anti-hero William “Billy” Butcher, and the twisted ‘Supe' Homelander respectively. Butcher is set to gain superpowers this time around, albeit for 24 hours, which suggests that his battles with his nemesis will be bloodier than usual. Urban hinted at the same with his “ran out of blood” comment.

This, however, is not the only highlight of The Boys season 3 as Homelander's mental condition too has been a topic of discussion among the show's die-hard fans. Going by what we saw in The Boys season 3 trailer, he is on the verge of a breakdown. Starr had some time ago hinted at this when he revealed that fans will be “freaked out” by what happens in the third instalment of The Boys.

The Boys season 3 cast also includes Jack Quaid as the titular organisation's civilian member Hughie Campbell, Erin Moriarty as the compassionate superhero Starlight, Dominique McElligott as the disillusioned 'Supe' Queen Maeve, Laz Alonso as the former medic Marvin T. "Mother's" Milk, Giancarlo Esposito as ruthless Vought CEO Stan Edgar, and Karen Fukuhara as the mute vigilante Kimiko Miyashiro / The Female. Moriarty had recently revealed that her character will face several ups and downs in the latest season as she is set to intensify her fight against “explicit toxic masculinity”.

Moriarty said: “It's a lot of overt and explicit toxic masculinity that she's battling in this season. I think she is so strong that she's always willing to stand up to it and be defeated. But the interesting thing about this season is that toxic masculinity comes from places and people we don't expect, which implies a real world problem that it's still present in 2022.”

We will find out more about their character arcs on The Boys season 3 once the show premieres.

Here's the official synopsis for The Boys season 3 via Amazon:

It's been a year of calm. Homelander's subdued. Butcher works for the government, supervised by Hughie of all people. But both men itch to turn this peace and quiet into blood and bone. So when The Boys learn of a mysterious Anti-Supe weapon, it sends them crashing into the Seven, starting a war, and chasing the legend of the first Superhero: Soldier Boy.

The first teaser for The Boys season 3 was released on March 12. It didn't feature any dialogues, but confirmed that Butcher would gain superpowers this time around.

The full length The Boys season 3 trailer (below) was released on May 16, nearly two months after the wordless teaser. It gave us a closer look at Homelander's seemingly fragile mental state and highlighted the dilemma faced by Butcher after gaining superpowers.

This was followed by a “Public Service Announcement” revolving around Soldier Boy, which piqued the curiosity of fans without revealing much about the “first superhero”.

While Amazon Prime Video is yet to announce the next instalment of The Boys, Urban recently revealed that he would be “shooting The Boys “through the end of the year”.

Fans feel that this was his way of confirming that The Boys season 4 is indeed on the cards. We are, either way, getting a college-set The Boys spin-off. It is touted to be a story about the “lives of hormonal, competitive Supes as they put their physical, sexual, and moral boundaries to the test, competing for the best contracts in the best cities. Part college show, part Hunger Games — with all the heart, satire and raunch of The Boys.”

Going by these developments, the brand is set to expand in the near future.

Here's the official poster for The Boys season 3 from Amazon: