The Boys Season 3 Episode 8 Trailer: A Bloody Final Battle on the Cards 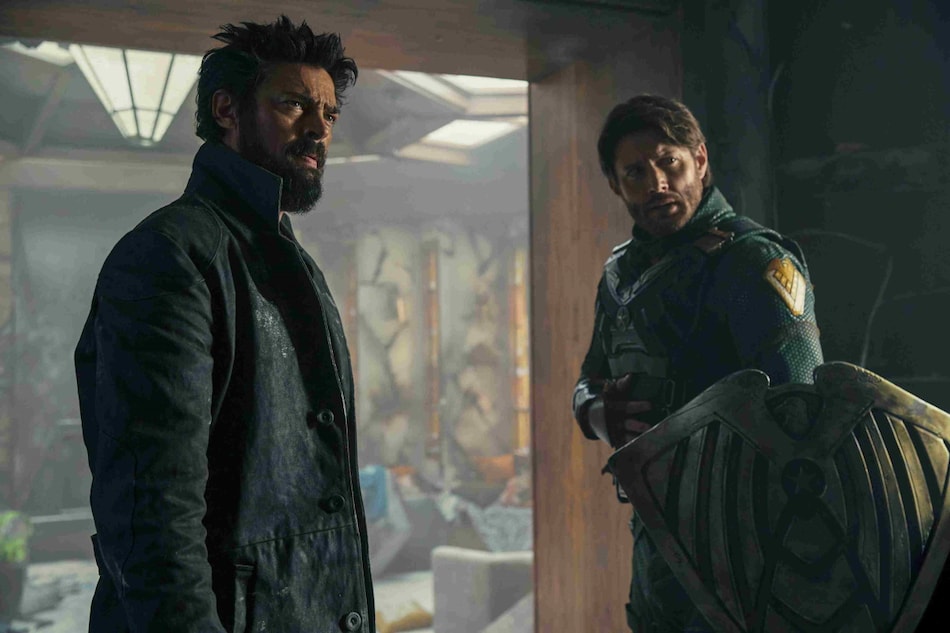 Karl Urban and Jensen Ackles in The Boys season 3

The Boys season 3 finale trailer is here. On Wednesday, the official Twitter handle dedicated to the Amazon Prime Video original series shared a teaser trailer for the eighth and final episode from the third season of the superhero show The Boys with a post that read: “Scorched earth. Shock and awe. Blood and bone. #TheBoysFinale”. The 27-second trailer begins with a chilling sequence in which we see the silent killer Black Noir (Nathan Mitchell) sharpening a weapon. Homelander (Antony Starr) soon tells him that his attempts are futile, as the object will not be able to harm Soldier Boy (Jensen Ackles). We then get glimpses of the “first superhero”, and the vigilante William “Billy” Butcher (Karl Urban) as they gear up for what appears to be a final showdown.

The trailer for The Boys season 3 finale, unsurprisingly, does not reveal any plot details for the episode nor does it feature any hints about Homelander's fate.

Starr recently told Collider that even he is clueless about what is in store for his character: “As for his [potential] demise, I don't know. Every time I try to pick out what might happen in the future, I'm wrong, so I've given up speculating. I'm just like, 'You know what? I'll leave that for the writers and spare myself the embarrassment of being wrong, again and again and again.'”

The Boys season 3, as promised by showrunner Eric Kripke, has been a wild affair so far courtesy of Soldier Boy's character and the “Herogasm” episode, which wasn't “suitable for any audience.” Going by The Boys season 3 finale trailer, the final episode promises to be an action-packed affair that may live up to — or even exceed — the standards set by the previous ones.

The Boys season 3 episode 8 is out July 8 on Amazon Prime Video.