The Wheel of Time will release on Amazon Prime Video this week. 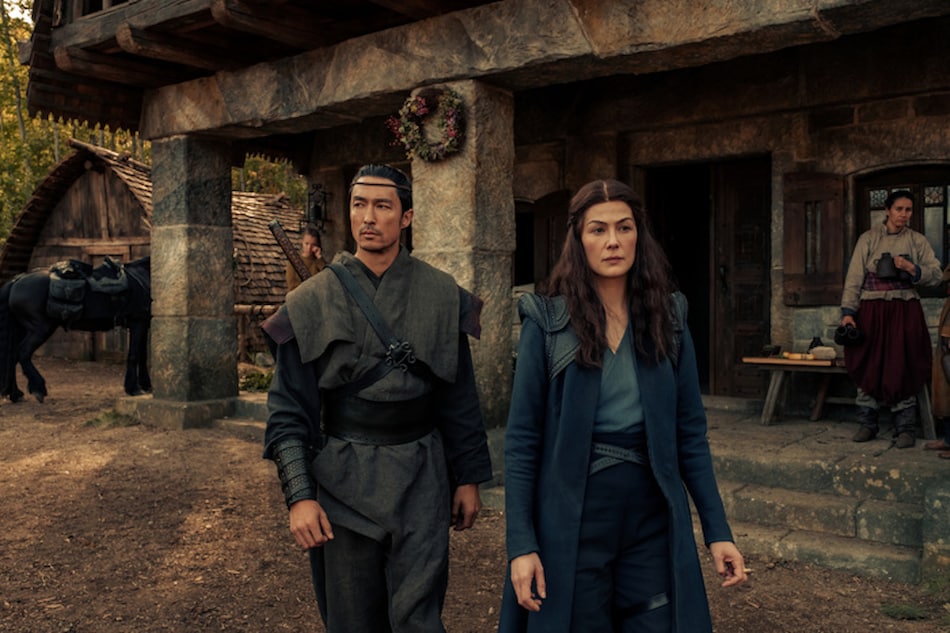 The Wheel of Time — based on the epic fantasy book series by Robert Jordan — will premiere on Amazon Prime Video this week. There was a space occupied by Game of Thrones that needed to be filled once HBO's own epic fantasy series aired its final episode in 2019. And The Wheel of Time is one of the several series trying to occupy this space. The Wheel of Time is an Amazon original series trying to create an epic, high fantasy impact — and be the next Game of Thrones. Amazon is making multiple bets on its own in this genre, including a five-season commitment for a Lord of the Rings prequel series that arrives in late 2022.

Developed by Rafe Judkins (Marvel's Agents of SHIELD), The Wheel of Time follows the tale of Moiraine Damodred (Rosamund Pike) who is a member of Aes Sedai, a powerful organisation of women who can use magic. And there's a lot of material for them to adapt. Jordan wrote and published 11 books in The Wheel of Time series between 1990 and 2005. He died while working on what was meant to be the final book in 2007. Thanks to Jordan's extensive notes, author Brandon Sanderson stepped in to finish his work, and turned it into three novels after realising it was too large to fit in one. As of 2017, The Wheel of Time had sold more than 80 million copies worldwide.

The principal photography for the first season of the TV series started in September 2019. The filming of the series was taking place in Prague but was halted in March 2020 due to the ongoing COVID-19 pandemic. The filming of The Wheel of Time later resumed in April this year and concluded a month later.

With that, let's dive into the details of The Wheel of Time.

The Wheel of Time release date

The Wheel of Time will premiere Friday, November 19 on Amazon Prime Video. The first season of the high fantasy series consists of eight episodes — the first three episodes will be released on the premiere date. The remaining five episodes of the series will come out on a weekly basis until Christmas Eve, December 24.

The series was renewed for its second season in May this year, way ahead of the season 1 premiere. The Wheel of Time has reportedly been renewed for a third season as well, though you should take that news with a pinch of salt until we have confirmation from more trusted sources.

The Wheel of Time cast

Rosamund Pike stars as Moiraine Damodred, a member of Aes Sedai, a powerful organisation of women who can use magic. The Golden Globe Award and Primetime Emmy Award-winning actress has starred in critically-acclaimed movies including Gone Girl and I Care a Lot.

Dutch actor Josha Stradowski stars as Rand al'Thor, the Dragon Reborn protagonist of the series, and a strong ta'veren — a person The Wheel of Time weaves the Pattern of fate around. Daniel Henney plays the role of Lan Mondragoran, who is the king and only survivor of the royal line of the fallen kingdom of Malkier.

Australian actress Madeleine Madden plays Egwene al'Vere, who is the Amyrlin Seat — the leader of the Aes Sedai in the White Tower in Tar Valon.

Marcus Rutherford plays Perrin Aybara, a strong ta'veren, and a wolfbrother. Zoë Robins stars as Nynaeve al'Meara, an Aes Sedai of the Yellow Ajah and who by virtue of her marriage to Lan Mandragoran is the Queen of Malkier. Barney Harris plays the role of Mat Cauthon, a powerful ta'veren.

The adaptation of The Wheel of Time was announced in April 2017 to be produced by Sony Pictures Television in association with Red Eagle Entertainment and Radar Pictures. Rafe Judkins developed the series and executive produced The Wheel of Time along with Rick Selvage, Larry Mondragon, Ted Field, Mike Weber, Lauren Selig, and Darren Lemke.

By October 2018, Amazon Studios had agreed to produce it. German cinematographer Uta Briesewitz was confirmed as the director of the first two episodes in February 2019. The other episodes have been directed by Wayne Che Yip, Salli Richardson-Whitfield, and Ciaran Donnelly.

The music for the series was composed by Lorne Balfe, a Scottish composer who has scored the music for movies like Mission: Impossible – Fallout and for video games including Assassin's Creed: Revelations, Assassin's Creed III, Call of Duty, and TV series like The Crown and Genius.

The Wheel of Time synopsis

The lives of five young villagers change forever when a strange and powerful woman arrives, claiming one of them is the child of an ancient prophecy with the power to tip the balance between Light and Dark forever. They must choose whether to trust this stranger – and each other – with the fate of the world before the Dark One breaks out of His prison, and the Last Battle begins.

The Wheel of Time trailer

The Wheel of Time review

The Wheel of Time season 2

As I said before, The Wheel of Time was renewed for its second season in May this year, ahead of the season 1 premiere. The filming for season 2 of the series began in July 2021. According to the earlier report, season 3 is expected to film back-to-back with season 2.

The Wheel of Time poster

Here is the official poster of the high fantasy series The Wheel of Time, from Amazon: