Season 3 will be adapted from ‘The Shadow Rising,’ the fourth book in Robert Jordan’s fantasy series. 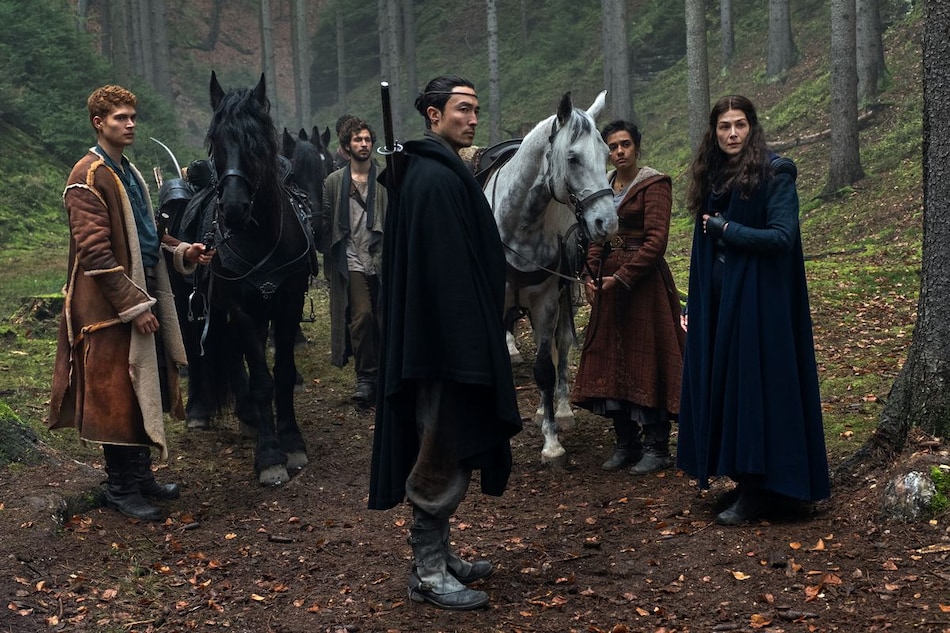 The Wheel of Time has been renewed for Season 3 at Amazon. The announcement was made early during a San Diego Comic-Con panel — ahead of the Season 2 premiere, which currently does not have a release date. Showrunner Rafe Judkins confirmed that the third season would be based on ‘The Shadow Rising' — the fourth book in Robert Jordan's fantasy series. Season 1, starring Rosamund Pike as the lead, premiered in November with eight episodes, exclusively on the Prime Video streaming service.

“I'm so thrilled that we'll be making a third season of The Wheel of Time,” said Judkins, series showrunner. “The Shadow Rising has always been my favourite book in the series, so being able to bring it to television and introduce new audiences to the stories that made me fall in love with these books in the first place is such an honour, and something I've been working toward since I first pitched the show years and years ago.”

Their journeys are far from over. Get a behind the scenes look at #TheWheelOfTime season 2. pic.twitter.com/K3IVCyMOw3

Production on The Wheel of Time Season 2 began shortly before the first season aired in November 2021. There's no confirmed release date yet, but Amazon has released a short clip showcasing some behind-the-scenes footage. Adapted from the novel, ‘The Great Hunt,' most of the original cast will return in Season 2 — Pike (Gone Girl) as Moraine Damodred, Josha Stradowski as Rand al'Thor, Marcus Rutherford as Perrin Aybara, Zoë Robins as Nynaeve al'Meara, Madeleine Madden as Egwene Al'Vere, and Daniel Henney as Lan Mandragoran.

Additionally, Amazon is bringing back The Wheel of Time: Origins with more animated episodes, which would help provide additional context to the on-screen lore. These shorts can be accessed by opening an episode of the show and heading over to the X-Ray feature on Prime Video. The dropdown list will reveal a block called ‘Bonus Content.' The new Origins shorts will be released alongside Season 2.

Set in a sprawling epic world where magic exists, The Wheel of Time follows the tale of Moiraine (Pike), a member of the Aes Sedai, a powerful all-female organisation, as she arrives in the small village of Two Rivers. There, she embarks on a dangerous journey, accompanied by five men and women, one of whom has the power to save or eradicate humanity.

Filming on The Wheel of Time Season 2 wrapped up in May, and is expected to release later this year, exclusively on Amazon Prime Video.

Honor Has Officially Exited the Indian Market, Continues to Have Partners: Report [Update]
Amazon Prime Day 2022 Sale Is Now Live: Here Is All You Need to Know