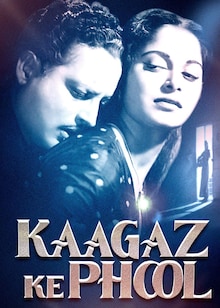 Suresh Sinha (Guru Dutt), a famous director, discovers star potential in Shanti (Waheeda Rehman), a woman he meets by chance on set. While the two start working together and even become romantically involved, their past haunts them. In a twist of events, Shanti becomes a superstar and Suresh sees a decline in his career.