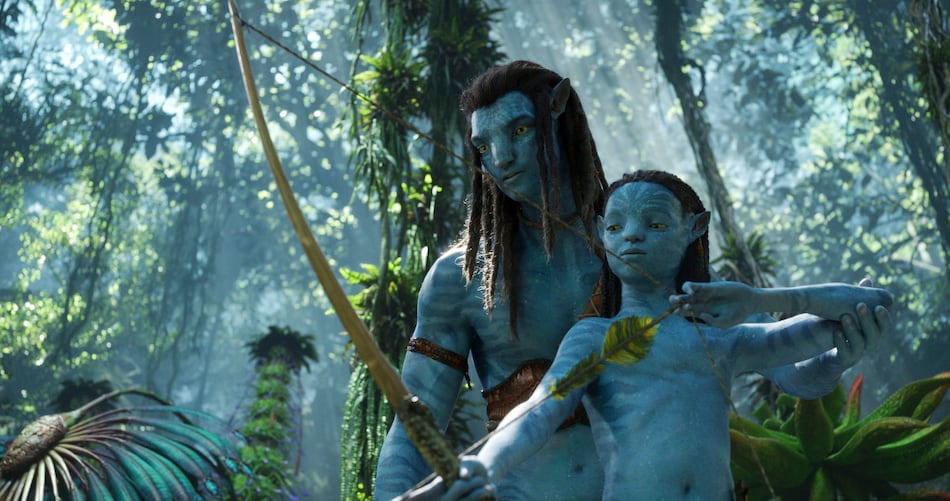 Avatar: The Way of Water is set more than a decade after the events of the first film

Avatar: The Way of Water trailer is out — in English, Hindi, Tamil, Telugu, and Malayalam. Disney and 20th Century Studios have dropped a second trailer for the second Avatar movie, inviting fans back to the magical world of Pandora, a month and a half ahead of its December 16 release date. Thirteen years since the first film dropped, James Cameron is back to direct the sequel, from a script he co-wrote with Rick Jaffa (Mulan) and Amanda Silver (Jurassic World). In India, Avatar: The Way of Water will be out in English, Hindi, Kannada, Malayalam, Tamil, and Telugu.

Avatar: The Way of Water trailer

Set more than a decade after the original 2009 film, the Avatar: The Way of Water trailer opens with glimpses of underwater world-building, brimming with sea creatures, as Kiri (Sigourney Weaver) and Neteyam (Jamie Flatters) explore the depths of the ocean. They are two of returning protagonist Jake Sully's (Sam Worthington) four total children, training themselves for the inevitable. “Dad, I know you think I'm crazy,” Kiri says, as we're treated to gorgeous visuals of the wilderness. “But I feel her. I hear her heartbeat. She's so close.”

It is never revealed whose heartbeat Kiri is referring to here, but it seems to be the crux of the story. One could assume it relates to Pandora's heartbeat, owing to the organic connection the inhabitants have with the planet. However, Kiri being played by Weaver (Alien), the same actress who played Dr. Grace Augustine in the first movie, might suggest some odd connection between the two. Kiri describes the sound as “mighty,” claiming that it belongs to a “her,” further strengthening this theory. Then again, Kiri is an adopted child, so could this be part of a larger ploy? This theme of connection is further explored in the Avatar: The Way of Water trailer, with Lo'ak (Britain Dalton), Jake's second-oldest child explaining, “The Way of Water connects all things. Before your birth and after your death.”

The Avatar: The Way of Water trailer mainly focuses on how Jake and Neytiri (Zoe Saldaña) raise their family after the first human invasion — though, the visitors seemed to have returned, with a massive wave of human-piloted Avatars and mecha-robots. “This is our home!” a helpless Neytiri yells, as the foreign forces start taking control of the exotic planet. The trailer seems to indicate that Jake's family eventually reaches out to the Metkayina clan for help in the war, but are ignored right away. “Outcast, that's all they see,” Lo'ak says, as he gets into a scuffle with one of the tribe members. But some members seem to believe them, as evidenced by native Tsireya (Bailey Bass) saying, “I see you”, a callback to the original movie.

Earlier this week, reports emerged stating that Avatar: The Way of Water had a runtime of 3 hours and 10 minutes, which is about 29 minutes longer than the 2009 film. Speaking to Empire in an interview earlier, director Cameron stated that he doesn't expect audiences to whine about it. “I can almost write this part of the review. ‘The agonisingly long three-hour movie…' It's like, give me a f--king break. I've watched my kids sit and do five one-hour episodes in a row. Here's the big social paradigm shift that has to happen: it's okay to get up and go pee.”

Avatar: The Way of Water brings new additions to the cast: Kate Winslet as Metkayina native Ronal, alongside Cliff Curtis, Edie Falco, Brendan Cowell, Michelle Yeoh, Jemaine Clement, Oona Chaplin, Vin Diesel, and CJ Jones. Stephen Lang and Matt Gerald are also set to reprise their parts, even as their characters were killed off in the prequel.

Avatar: The Way of Water releases December 16 in theatres worldwide. In India, the film gets additional dubs in Hindi, Kannada, Malayalam, Tamil, and Telugu.

Elon Musk Said to be Preparing to Eliminate Half of Twitter's Workforce to Drive Down Costs
Featured video of the day
Asus ROG Phone 6: The Ultimate Gaming Phone?