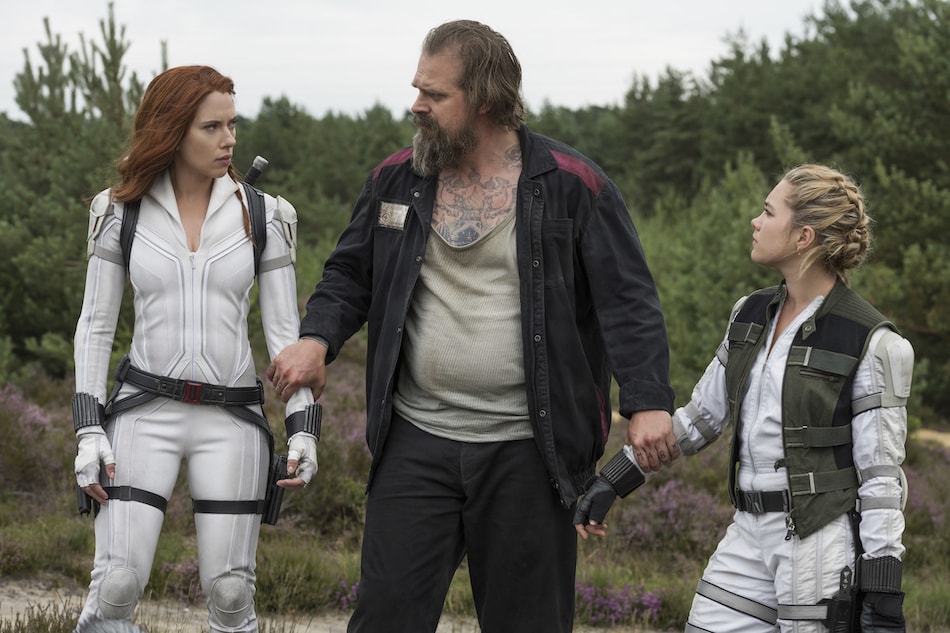 Black Widow finally has an India release date. Disney+ Hotstar announced Saturday that the Scarlett Johansson-led Marvel movie will be out September 3 in English, Hindi, Tamil, Telugu, Malayalam, and Kannada. Funnily enough, that's also the global release date for the next Marvel movie, Shang-Chi and the Legend of the Ten Rings, the studio's first with an Asian superhero in the lead. Marvel fans in India will be treated to two movies on the same day, with one (Black Widow) skipping cinemas entirely while the other (Shang-Chi) is exclusive to cinemas. Disney's contractual agreements and the ongoing COVID-19 pandemic are resulting in some odd release strategies, I must say.

Speaking of the Black Widow cast, Johansson leads the film as Natasha Romanoff, alongside Florence Pugh as her sister-figure Yelena Belova, David Harbour as their father-figure Alexei Shostakov/ Red Guardian, O-T Fagbenle as fixer Rick Mason, William Hurt as US Secretary of State Thaddeus Ross, Ray Winstone as Red Room chief Dreykov, and Rachel Weisz as Natasha and Yelena's mother-figure Melina Vostokoff. Julia Louis-Dreyfus has a cameo as Valentina Allegra de Fontaine, from The Falcon and the Winter Soldier. Behind the camera, Cate Shortland (Somersault) directs off a screenplay by Eric Pearson (Thor: Ragnarok). Marvel Studios president Kevin Feige is the sole producer.

Black Widow is out September 3 on Disney+ Hotstar in English, Hindi, Tamil, Telugu, Malayalam, and Kannada.