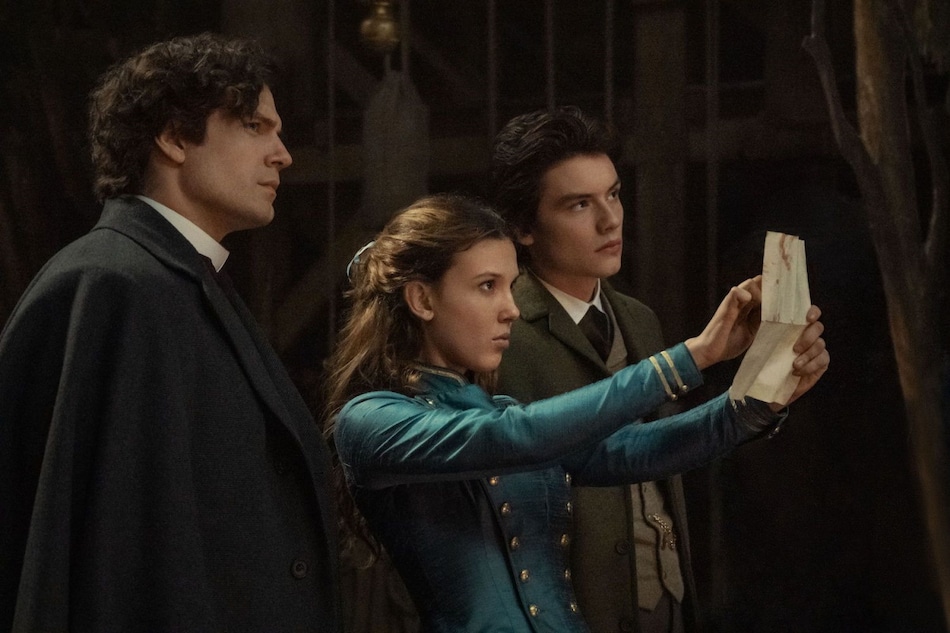 Enola Holmes 2 trailer is here. On Saturday, at its online-only event Tudum 2022, Netflix unveiled the first trailer for the Millie Bobby Brown-led mystery sequel, ahead of its release on November 4. Based on the eponymous young-adult novel series, this next chapter sees the teen detective return to tackle her first official case. Henry Cavill and Helena Bonham-Carter reprise their roles as elder brother Sherlock Holmes and matriarch Eudoria, respectively. Harry Bradbeer returns to direct from a script penned by Jack Thorne.

The Enola Holmes 2 trailer begins with our young detective (Brown) getting chased by local police officers — presumably over some misunderstanding. Fashioned in a fourth-wall-breaking format, where Enola explains the premise of the sequel. “My name is Enola Holmes. I started a detective agency,” she says proudly — only to realise that life as a female detective-for-hire is not as easy as it seems. Sunken in the shadow of her older, more established brother Sherlock (Cavill), one day, luck catches up to her, in the form of a penniless matchstick girl.

“My sister. She disappeared a week ago,” the unnamed girl says, which is instantly met with a yes. “At last, I would be a detective in my own right, worthy of the Holmes name,” a confident Enola says. The Enola Holmes 2 trailer also hints at romance, as we are introduced to Viscount Tewkesbury (Louise Partridge), the runaway heir to the late Marquess of Basilwether. As clues unravel themselves, our heroine crosses paths with her brother, who reveals that their cases are related — causing them to team up once again, albeit reluctantly. You know, the classic sibling rivalry.

Enola Holmes 2 also stars Susan Wokoma, who reprises her role as Edith, the historical British martial artist who taught Eudoriamartial arts. New joinees to the cast include David Thewlis (Wonder Woman), who is portrayed in the trailer as a rich connoisseur of sorts, and Sharon Duncan-Brewster (Dune).