Set a thousand years prior, it tells the story of Dorne’s Princess Nymeria. 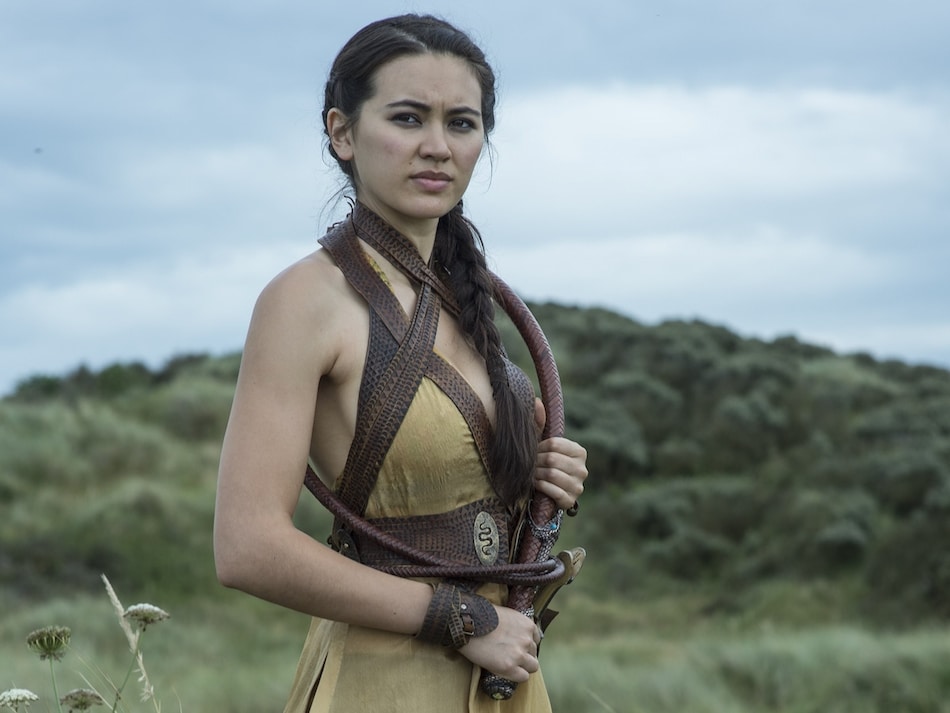 Nymeria Sand in Game of Thrones

Game of Thrones spin-off 10,000 Ships has reportedly tapped Person of Interest co-executive producer Amanda Segel as creator and head writer. 10,000 Ships — that's a working title, naturally — is the story of Princess Nymeria and the surviving Rhoynars who travelled from Essos to Dorne after losing in battle to the Valyrian Freehold in the Second Spice War. That tale is set a thousand years prior to the events of Game of Thrones, making it the “oldest” Thrones prequel that is currently in the works.

Nymeria is a legendary figure in Westeros history, and her name still carries weight. In Game of Thrones, Arya Stark (Maisie Williams) named her direwolf after Nymeria. Over in Dorne, the home of Nymeria's descendants House Martell, Prince Oberyn Martell (Pedro Pascal) and her paramour Ellaria Sand (Indira Varma) named one of their daughters Nymeria Sand (Jessica Henwick). For HBO, 10,000 Ships is also an opportunity to flesh out Dorne, as it was largely ignored in Game of Thrones.

Segel got her start with the CBS police procedural Without a Trace, working as a writer, story editor, and co-producer across the last five seasons from 2005–09. She was a producer on The Good Wife season 1 and wrote one episode. Segel then graduated to The CW's action-thriller Nikita season 1, in the capacity of a writer and supervising producer. Her longest stint was at Person of Interest, spending four seasons as a writer, supervising producer, and later co-executive producer.

10,000 Ships was first revealed back in March as one of three additional Game of Thrones spin-offs that were in development. Among the other two, we have 9 Voyages from Bruno Heller (The Mentalist) that follows Lord Corlys “Sea Snake” Velaryon, whose riches dwarfed those of House Lannister. That is technically a spin-off of House of the Dragon — coming in 2022 to HBO — as well, since Velaryon (Steve Toussaint) is part of the main cast there. The other one is Flea Bottom, set in the eponymous slum district of King's Landing.