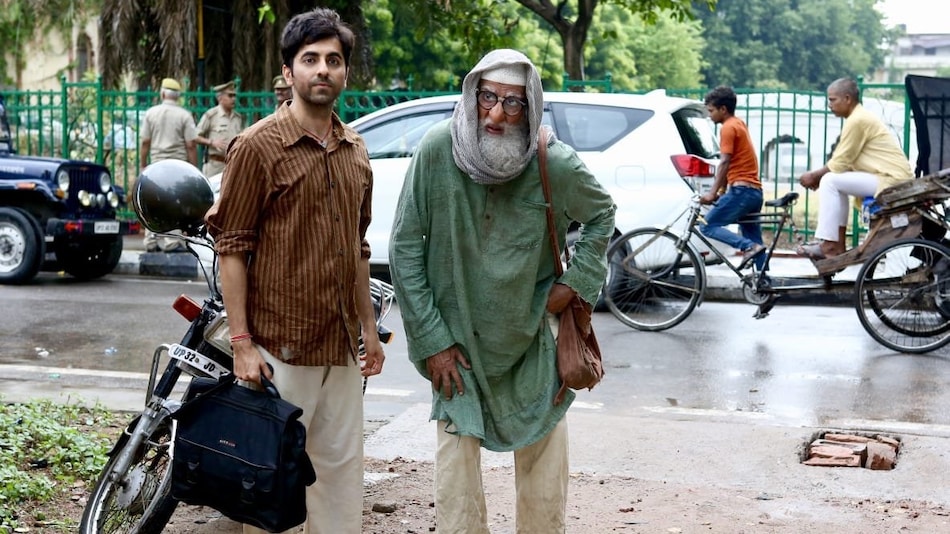 Amitabh Bachchan and Ayushmann Khurrana are headed straight to Amazon Prime Video. The streaming service has acquired Shoojit Sircar's family comedy-drama movie Gulabo Sitabo, which will skip theatres in what will be a landmark move for Bollywood. That's owing to the ongoing coronavirus pandemic, which continues to keep cinemas shut across India and much of the world. With no reopening in sight, Gulabo Sitabo producers Rising Sun Films — co-run by Sircar — and Kino Works have seen fit to sell their film to streaming. Amazon has set a June 12 release date for Gulabo Sitabo on Prime Video.

This June 12 join us first-day first show for #WorldPremiereOnPrime of Gulabo Sitabo!

Within minutes of each other early on Thursday, Amazon, Bachchan, Khurrana, Rising Sun Films, and Kino Works announced that Gulabo Sitabo would première on Prime Video. A poster featuring Bachchan and Khurrana's characters — they play Lucknow-based hand puppeteers, Gulabo (Bachchan) and Sitabo (Khurrana) — shared alongside, also features the logo of TV channel Sony Max, which suggests that Gulabo Sitabo might release on pay TV sometime after its June 12 release on Amazon's streaming service. For its part, Sony India hasn't made any announcement as yet.

Though Gulabo Sitabo is the first major Bollywood movie that's going straight-to-streaming, it's far from the first one involved in such discussions. In late April, director J.J. Fredrick said that his Jyothika-starrer Tamil-language courtroom drama Ponmagal Vandhal had been sold to a streaming service. It is expected to hit Prime Video later in May. Another report stated that the Akshay Kumar-starrer horror comedy Laxmmi Bomb was in talks with Disney+ Hotstar. In the same week, a third report said Netflix was in “final” talks with T-Series to acquire Anurag Basu's anthology dark comedy Ludo, the Bachchan-starrer sports biopic Jhund, and the Kiara Advani-starrer coming-of-age comedy Indoo Ki Jawani.

This move is bound to further fuel the conversation surrounding theatrical windows. After Ponmagal Vandhal's announcement, the Tamil Nadu Theatre and Multiplex Owners Association had threatened to blacklist producers who chose to skip theatres. In the US, leading chain AMC Theatres has banned Universal Pictures, after it took Trolls World Tour direct to video-on-demand (though not in India). And then, in early May, the Multiplex Association of India urged all parties to respect the theatrical window and help preserve the “collective, social experience of watching films on the big screen”.

For Amazon, Gulabo Sitabo will only be the second film from India on Prime Video. The first was the Nawazuddin Siddiqui, Sanya Malhotra-starrer coming-of-age romantic drama Photograph from The Lunchbox director Ritesh Batra, in May last year. But even Photograph had a two-month theatrical run (from March to May) in India before it was released on Prime Video. It's worth noting that Photograph was greenlit by Amazon Studios in the US. Amazon's India division has stayed away from original films entirely, unlike virtually all other streaming competitors in the country.

“Gulabo Sitabo is a slice of life dramedy that is a must watch for families at home,” Bachchan said in a mailed statement. “I was excited about my role since the first time Shoojit showed me the character's look. It took me almost three hours each day to get into character with its different look. I had a wonderful time working with my very talented co-star Ayushmann Khurrana. Even though we are constantly bantering in the film, it has been a pleasure working with him for the first time. This family entertainer has the power to cut across geographic boundaries and we are pleased to bring Gulabo Sitabo to audiences across the globe.”

Khurrana added: “Gulabo Sitabo is a special film for me. It made me reunite with my mentor Shoojit da after Vicky Donor. Whatever I'm today is because of him and I'm happy that he made me a part of his vision again. Gulabo Sitabo also sees me share the screen space with Mr. Bachchan for the first time and it's a huge moment, it's a dream come true for me. I have secretly wished to work with him for many, many years and Shoojit da made this happen and I will be indebted to him forever. It has truly been an honour for me to work with a legend and I feel enriched as an actor after the experience. What I love about the film is its sheer simplicity — the fleeting moments of simple humour in the banter between a landlord and tenant makes this film really special. I hope audiences love the film and our chemistry when it premieres.”

“At Amazon we're listening to our customers, and working backwards from there,” Prime video's India director and content head Vijay Subramaniam said. “Gulabo Sitabo is one of the most anticipated films of the year. We are happy to exclusively premiere Gulabo Sitabo on Prime Video. It is the first step in our endeavour to bring superior cinematic experiences to our customer's doorstep.”

“Shoojit Sircar's quirky dramedy is the tale of two slimy scheming foxes in a game of one-upmanship, each one attracting other members to their clan and each one with an agenda of his own.”

Gulabo Sitabo is out June 12 on Amazon Prime Video worldwide.

WhatsApp Tells Supreme Court, Will Not Go Ahead With Payment Service Without Compliance