More new characters than any DC movie — and more deaths too. 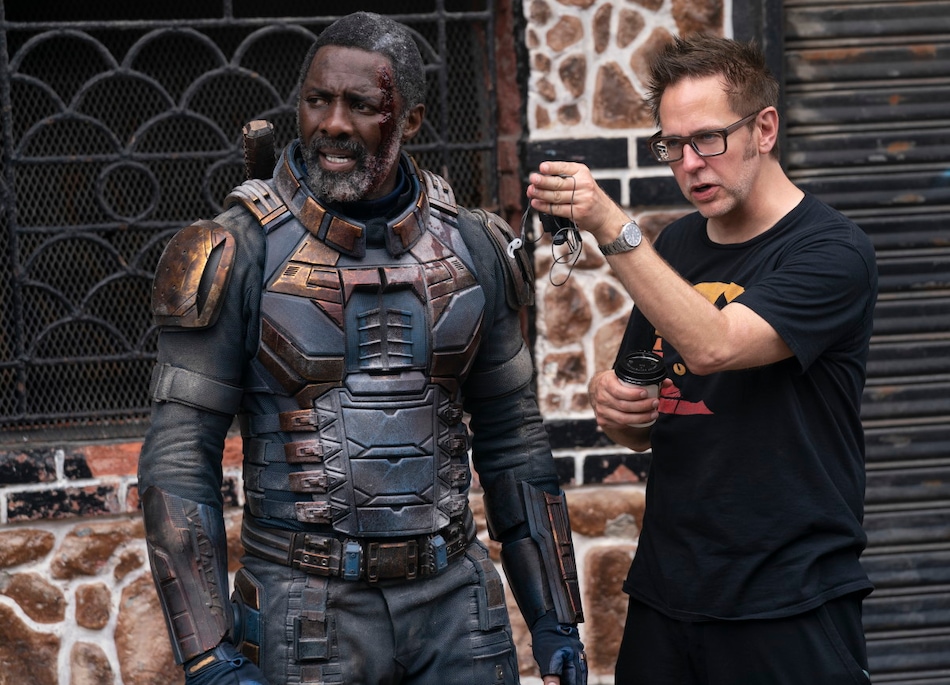 The Suicide Squad is out in three weeks on HBO Max, and in cinemas across the world (not in India though), and Warner Bros. has unveiled a new four-minute featurette that tells us a little more about its huge ensemble cast of supervillains. As director-writer James Gunn notes, they are “going to introduce more DC characters than any film has ever done.” And while we've been told that most of them will not survive the end of The Suicide Squad, star David Dastmalchian notes characters “considered throwaway or worthless are very worthwhile and have incredible meaning and value” here. Joel Kinnaman promises emotional depth, with Gunn noting that there will be quieter character moments.

Leading the line is Idris Elba who calls his Bloodsport character “quite a grumpy guy”. Gunn adds: He just has “barely enough humanity to say, ‘Uh, alright I'll go fight'.” Whereas Peacemaker (John Cena) enjoys the battle as The Suicide Squad featurette shows. “Nothing like a bloodbath to start the day,” Peacemaker says. Cena calls him a “douchey bro but a patriot at the same time.” Margot Robbie is back as Harley Quinn — one of the few returning characters — and she's a “catalyst of chaos” here. As for the look, Gunn wanted to see the Harley he loves from the comics and the animated show.

King Shark is Kinnaman's favourite character, as he is everyone else's since we first saw him in The Suicide Squad trailer. “It's really stupid but also really kind,” Kinnaman, who returns as a kinder take on Rick Flag, adds. Dastmalchian is playing Polka-Dot Man, a “product of an experiment gone wrong”, while Daniela Melchior's Ratcatcher 2 can control and talk with rats, whom Gunn has previously described as the “heart of the film”. Then we have Mayling Ng as Mongal who has super-strength and super-speed. There's also the returning Captain Boomerang, with Jai Courtney describing him like the first dude you want to have a drink with, but the last one you want to be left in a bar with.

Michael Rooker moves with Gunn from Guardians of the Galaxy to The Suicide Squad as Savant, whom Gunn calls a distinctive-looking chap, very quiet, and very powerful. Additionally, we have Nathan Fillion as TDK, whose only superpower is that his arms and legs come off, Gunn notes. Fillion says TDK is not formidable, just annoying. That leaves Javelin, with actor Flula Borg joking: “If you imagine the most sexy man or woman or animal or goose, and then give this person or animal blonde hair, and a very large toothpick, you'd have Javelin.”

In addition to Dastmalchian, Kinnaman, Elba, Cena, Robbie, Melchior, Ng, Courtney, Rooker, Fillion, and Borg, The Suicide Squad also stars Sylvester Stallone as the voice of King Shark, Viola Davis returning as Task Force X director Amanda Waller, Peter Capaldi as The Thinker, Pete Davidson as Blackguard without the long purple ponytail from DC Comics, and Sean Gunn as Weasel. The Suicide Squad finds Task Force X on a fictional South American island, where they will go up against local troublemakers and the tentacled supervillain Starro, as was revealed in the final trailer.

The Suicide Squad is out August 6 on HBO Max and in cinemas worldwide. An India release date is unclear, as Warner Bros. will only release the film in cinemas, most of which are shut nationwide.