YouTube Music is also offering curated playlists of songs by Lata Mangeshkar in remembrance of the late singer. 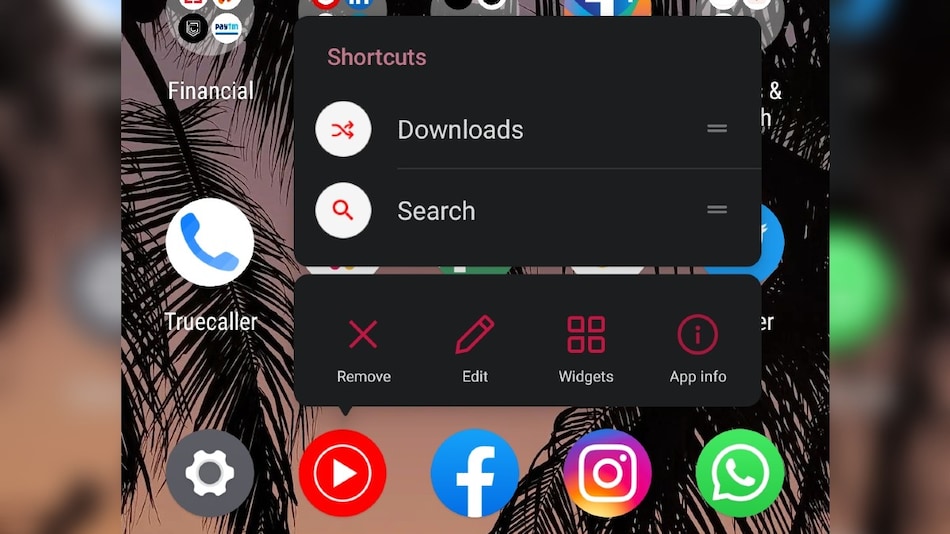 YouTube Music has got a Downloads shortcut on the Android app that will allow the users to quickly play songs that they have manually downloaded or are in the playlist that has been generated by the Smart Downloads feature of the app. This offers a faster way to start playing shuffled music on the app, and it can also be dragged on the homescreen to be used as an option to play downloaded music in a random order with just one tap. Meanwhile, the app is showing curated playlists of Lata Mangeshkar as a tribute to the singer who passed away at the age of 92 on February 6.

In order to quickly play the songs that you have downloaded as well as the ones which are downloaded by YouTube Music's Smart Download feature for offline listening, users have to long-tap the YouTube Music app icon on Android. It will reveal two shortcuts: Downloads and Search. Tap on the Downloads option and the app will start playing songs from downloaded tracks, including the ones from playlists such as Offline Mixtape and Likes.

The feature helps saves a few seconds as the user doesn't need to navigate to the Downloads page in order to play songs. Gadgets 360 was able to see the Downloads option on version 4.63 of the YouTube Music app on Android. As per a report by 9to5Google, it is also present on the version 4.64, and appears to have been rolled out via a server-side update. There's no word on its iOS availability yet.

Meanwhile, YouTube Music is currently showing various playlists under “Remembering Lata Mangeshkar” topic as a tribute to the late Indian musical legend. The playlists include randomly selected songs of the artist from various decades (from ‘50s to ‘80s).

Recently, YouTube Music app was reportedly spotted showing users a Recommended radios tab on the mobile app. The feature is tipped to be under testing and is only visible to a limited number of users.