House of the Dragon Episode 2 Review: Old Makes Way for the New

Spoilers ahead for Fire & Blood, and House of the Dragon episode 2. 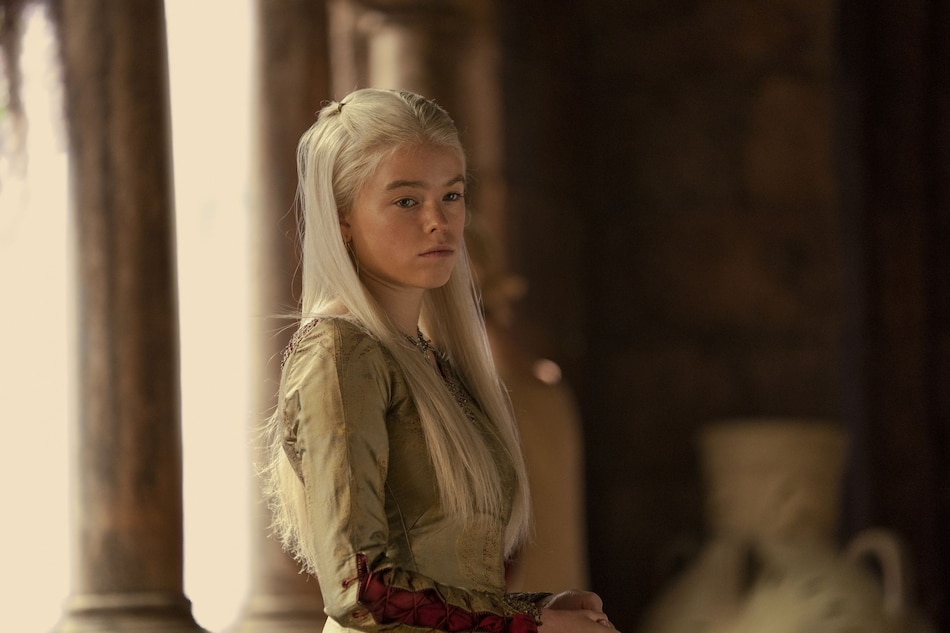 House of the Dragon episode 2 — out now on HBO Max and Disney+ Hotstar — is titled “The Rogue Prince”. That clearly refers to Prince Daemon Targaryen (Matt Smith), who has announced himself as the rightful heir to the Iron Throne and camped out on Dragonstone, after being snubbed by his brother King Viserys (Paddy Considine) at the end of episode 1. It's a bit curious to name the episode after him though. Of all the main characters on the Game of Thrones prequel series, Daemon has the least amount of screen time on episode 2. But it's also a clever title, “Fire & Blood” readers will know best. House of the Dragon episode 2 hints at it too, with everyone talking about how Viserys must “produce” new heirs. Spoiler alert: he will — and one of them's also a rogue prince.

It's been roughly six months — as promised, time jumps have begun — since the events of episode 1, when we pick up in House of the Dragon episode 2. While Daemon has made the boldest move yet, Viserys' eldest Princess Rhaenyra (Milly Alcock) is now trying to assert herself around the Red Keep, now that she's been named heir. At a small council meeting, where her job is to pour wine, Rhaenyra suggests to her father that he should send dragonriders to deal with the menace of the Crab Keeper, a new villain who's taken over the Stepstones, a chain of islands east of Dorne in Westeros and west of Essos. It'll be seen as a show of force, she notes. (This moment actually foreshadows her own actions later on House of the Dragon episode 2, in how she deals with Daemon.)

But the all-men council don't take kindly to her “suggestions” and she's quietly pushed out of the small council meeting. Instead, she's told to partake in the choosing of a new knight for the Kingsguard. There too, Rhaenyra tries to assert herself by choosing a knight who's had combat experience — Ser Criston Cole (Fabien Frankel), one of the two new main cast members on House of the Dragon episode 2 — over a more politically-savvy choice. It's a side-effect of her own desires. While women are expected to be comely and bear offspring for their husband, Rhaenyra is more interested in dragon-riding and fighting. It's why she leans forward and enquires about Ser Criston's exploits in the Dornish marshes.

Rhaenyra's boldest move to assert herself on House of the Dragon episode 2 finds her acting on her own advice. After the small council is made aware of Daemon stealing a dragon egg, announcing common-born Lady Mysaria (Sonoya Mizuno) as his second wife and inviting the King to his wedding in two days, Viserys decides to go and face his brother himself. The Hand of the King, Ser Otto Hightower (Rhys Ifans), calms him down and asks to let him go in his place. But Otto fails to make Daemon see reason, precisely because Daemon has no desire to listen to reason. He's happy to unsheathe his sword and unleash his dragon Caraxes, despite Mysaria and his unborn child being in their presence.

And were it not for Rhaenyra's move to do a show of force — her entrance with Syrax was truly epic on House of the Dragon episode 2 — Otto would have to return to King's Landing with his tail between his legs. Even Daemon is caught by Rhaenyra's unexpected arrival, with Rhaenyra quickly unravelling his series of lies. Not only has Daemon not asked Mysaria to be his wife, there is no child in her belly. Daemon was simply making it all up. At the end, it's Daemon who walks away, reluctantly handing over the dragon egg back to Rhaenyra.

A girl of 15 bested her uncle, a grown man. In a way, this is the first dance of the dragons — the famed Targaryen war of succession that we are headed towards is called “Dance of the Dragons” by those who wrote the history books — as we see two Targaryens butt heads. While their respective show of force sits on either side of the stage, the two dragonriders prance about the arena, waiting for one of them to draw first blood. Ultimately, no fire is breathed and no lives are lost, but the stage has been set on House of the Dragon episode 2.

Everything You Need to Know About House of the Dragon

And while Otto attempts to object — be it in choosing the knight, and later, Rhaenyra's presence at Dragonstone — he fails on both accounts in House of the Dragon episode 2. In the first, he tries to give Rhaenyra a lesson in politics, but she's not easily swayed. And with the second, it's Rhaenyra who ends up giving Otto a lesson in politics. If you're going up against someone with a dragon, you better have one in your corner.

That said, there's a much bigger and more important political lesson in store for her on House of the Dragon episode 2. That comes from Viserys' cousin and The Queen Who Never Was, Princess Rhaenys (Eve Best). As Viserys takes a tour around the Red Keep gardens with her daughter Lena, Rhaenys tells Rhaenyra that her father will remarry someone or the other. And as he fathers new children, one of them will end up being a son. And when Viserys is gone, the realm will expect him to be the ruler, not Rhanerya, because “that is the order of things.” Rhaenys sums up patriarchy — also foreshadowing what's to come — as she adds: “Men would sooner put the realm to the torch, than see a woman ascend the Iron Throne.”

And by the end of House of the Dragon episode 2, it's clear that Rhaenyra won't just be going up against boys, but also her best friend. Alicent has been charting her own way through the Red Keep, though as of now, she isn't operating out of desire as much as expectation from her father. After the death of Queen Aemma, she's been having talks with the King that have more to them, especially from Viserys' side. And of course, she's smart enough to say the right things and know what will impress him. But she's also full of worry and anxiousness — just look at the state of her fingernails — and it doesn't help that the King and her father have just pitted her against her best friend. Alicent doesn't want to destroy their friendship, but she's being manoeuvred in ways that are outside her control.

Picking Hightower over Velaryon is going to cost Viserys. Rhaneys tells Rhaenyra when they are talking on House of the Dragon episode 2 that her father is no fool, yet this is clearly a foolish decision, on par with some Ned Stark choices on Game of Thrones, I would argue. Even though he's king, Viserys has his “duties”, and strengthening his line is top of them. Joining the old houses of Valyria in blood — the Targaryens and the Velaryons — would have been the smart move, as everyone suggested. But in marrying for duty, Viserys has made a compromise and done it half out of affection. (And the fact that the other suitor was 12 years old, younger than his own daughter.)

But by picking Alicent as wife, Viserys has burnt the bridges he was trying to rebuild both with Rhaenyra, his only heir, and Lord Corlys “Sea Snake” Velaryon (Steve Toussaint), who owns half the fleet's ships. No wonder then that the Sea Snake turns to Daemon to find his worth, with the rogue prince doing his own plotting. House of the Dragon episode 2 leaves us with a promise that it'll address the Crab Feeder in the near future, possibly with fire and blood.

House of the Dragon episode 2 is now streaming on Disney+ Hotstar in India, and HBO Max wherever available. New episodes release every Monday at 6:30am IST/ Sunday at 9pm ET.