The Targaryen-centred GoT spin-off gets off to a terrific start. 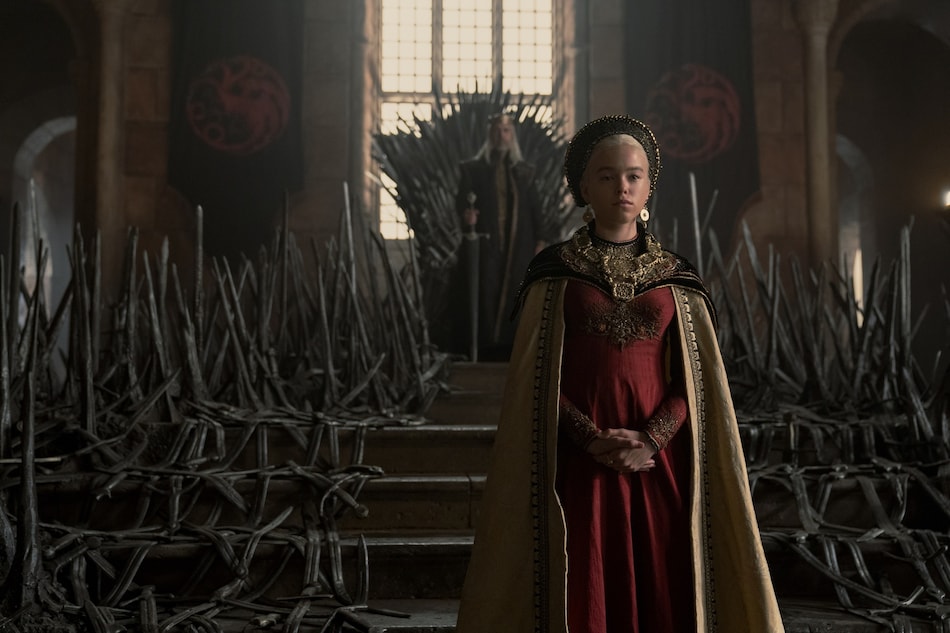 Milly Alcock as Princess Rhaenyra Targaryen in House of the Dragon

House of the Dragon — premiering August 21 on HBO Max, and August 22 on Disney+ Hotstar — is in an odd position. Through no fault of its own, a cloud hangs over the Game of Thrones prequel spin-off. The eighth and final season of Thrones left a bad taste in nearly everyone's mouth, owing to a series of odd and rushed creative decisions. At the same time, Thrones' massive success over the years — it was arguably the biggest TV show of the 2010s — is the reason House of the Dragon even exists. It would never get the chance, and there wouldn't be more spin-offs in the works, if its big brother didn't pave the way for epic fantasy series on television. (In fact, Thrones is also to thank for Amazon's The Lord of the Rings TV show, that's due in 10 days or so.)

But beyond that raison d'être, House of the Dragon has nothing to do with Game of Thrones. It's still set in Westeros, but it takes place roughly two centuries earlier. That means no Thrones characters are going to show up, though there are plenty of family dynasties that you'll recognise. While there's no continuation in front of the screen, individuals behind the scene do carry on. Don't worry, Thrones creators David Benioff and D.B. Weiss, who were rightly blamed for the season 8 mess, aren't involved.

Ramin Djawadi, the composer on Game of Thrones, returns in that capacity on the prequel series, riffing off his own themes. House of the Dragon earns your love and respect before it rolls out a modified version of the GoT theme at the end of the first episode. (I haven't seen the title sequence, so I can't say if that's similarly epic.) More importantly, Miguel Sapochnik — who directed some memorable Thrones episodes, including season 5's “Hardhome”, and season 6's “Battle of the Bastards” and “The Winds of Winter” — is co-showrunner alongside Ryan Condal (Colony).

All You Need to Know About House of the Dragon

And thankfully, they know what they are doing. House of the Dragon is a thing of beauty from the very first episode, as it delivers a gripping and fascinating pilot that I wanted to rewatch the moment it ended. Of course, the Thrones prequel benefits from existing world-building — Westeros, King's Landing, and the Red Keep aren't foreign to us now — but the writing, direction, and performances elevate it further. It nails scene construction, narrative momentum, and the moment-to-moment flow. These might seem like small things, but they can make or break a TV show. Additionally, there's an increased understanding of female characters that pays off instantly. Sure, Game of Thrones had a bunch of women at the forefront, but its most frequent complaints also stemmed from their handling.

The Thrones prequel shows itself to be more mature in that regard from the get-go. Set in a Westeros that's even more patriarchal than the one we remember — and one that has a lot more dragons — House of the Dragon begins with a great council convened by the ailing King Jaehaerys Targaryen to vote on a successor, as he has outlived both of his sons. (Why are the other powerful houses of Westeros not vying for the throne? Because no one obviously wants to go up against a family with dragons.) The choices are his oldest son's daughter Rhaenys (Eve Best), and her younger cousin Viserys (Paddy Considine). Even though Rhaenys has the stronger claim, the council votes for Viserys. Simply because he's a man, and there's no precedence for a woman on the Iron Throne.

Nineteen years later, King Viserys finds himself in a similar pickle. With his wife Aemma (Sian Brooke) unable to “provide” him with a male heir, Viserys must pick between his daughter Rhaenyra (Milly Alcock/ Emma D'Arcy), or his younger brother Daemon (Matt Smith). Naturally, because he's a man, Daemon is considered the heir presumptive. But Daemon is also reckless and temperamental, warns Ser Otto Hightower (Rhys Ifans), the Hand of the King. Viserys makes the bold choice to nominate Rhaenyra as his heir, which upsets many at King's Landing as it goes against tradition. Otto, who despises Daemon, begins putting his own plans into place, manoeuvring his daughter Alicent Hightower (Emily Carey/ Olivia Cooke) into places of power.

A prime focus for House of the Dragon is the friendship between Rhaenyra and Alicent. Or rather, how the friendship crumbles owing to patriarchy, what they want, and what's expected of them. It's why there are two actresses playing them, as unlike Game of Thrones, the prequel deploys time jumps to depict its story. While Alcock and Carey play them as teenagers, D'Arcy and Cooke take over as the season progresses. The time jump brings us to the precipice of the famed Targaryen war of succession, the Dance of the Dragons — which was talked about in Game of Thrones — though it's unclear how long Condal and Sapochnik plan to stretch it out. (Sapochnik has hinted at an anthology format, for what it's worth, which would mean even more time jumps.)

While House of the Dragon undoubtedly has a narrow focus, as its title makes clear, that was also Game of Thrones in its start to be fair. The first season revolved largely around the Starks and Lannisters, with other characters introduced in bits and parts. House of the Dragon does give us a few non-Targaryen characters, though they are all linked to the dragonriders in one way or another. There's the King's council, which includes Otto, Daemon, and famous seafarer Lord Corlys “Sea Snake” Velaryon (Steve Toussaint), who's also husband to Rhaenys, The Queen Who Never Was. Dornish swordsman Ser Criston Cole (Fabien Frankel) is also part of the main cast, as is dancer Mysaria (Sonoya Mizuno) who becomes close to Daemon as the show goes on.

As you might expect from a TV show that cost under $20 million (about Rs. 159 crore) per episode, House of the Dragon is well shot, appropriately epic, and boasts terrific production values. That's more than what HBO spent on Game of Thrones' final season ($15 million per episode). While Thrones had to prove itself before it got the big budgets — the first season was made at $6 million (about Rs. 48 crore) per episode — HBO is comfortable giving a lot of money to a fantasy show from the start, because it belongs to a proven universe. (Also, there are giant dragons from minute one here, and I hear those tend to cost a lot to create.) Though I imagine it would need to perform spectacularly as well, for HBO to justify those investments into House of the Dragon.

While Game of Thrones might have ended in ash and flames, during its heyday, there was no show like it. It was not only captivating with its twists and violence, but it also delivered storylines that could only be done on TV. Characters you despised early on went on to redeem themselves years later, while those that you idealised or respected paid a heavy price for their values. Thrones was also very (darkly) funny, a trait that many tend to overlook — especially those who try to emulate it. And Benioff and Weiss were great when they had George R.R. Martin's books to fall back on.

Condal and Sapochnik don't have them at all. Yes, technically speaking, House of the Dragon is based on (one section of) Martin's 2018 book “Fire & Blood”. But it's not a novel like the ones that were adapted into Thrones. It's at best an encyclopaedia, a dry history of the Targaryen years from Aegon I's conquest of Westeros to the reign of Aegon III. In true GRRM fashion, Fire & Blood is the first of two planned volumes, and the second one lacks a date just like “The Winds of Winter”. This fact might be alarming for some interested viewers, given how it all ended with Thrones.

But House of the Dragon shows that we are in safe hands. In fact, there are flashes here that suggest we might get the best of Game of Thrones back, paving over our collective terrible memories of season 8. By dragons, do we deserve it.

House of the Dragon premieres Sunday, August 21 at 9pm ET on HBO Max wherever available. It premieres Monday, August 22 at 6:30am IST on Disney+ Hotstar in India.