Without him, it dissolves into a generic police procedural. 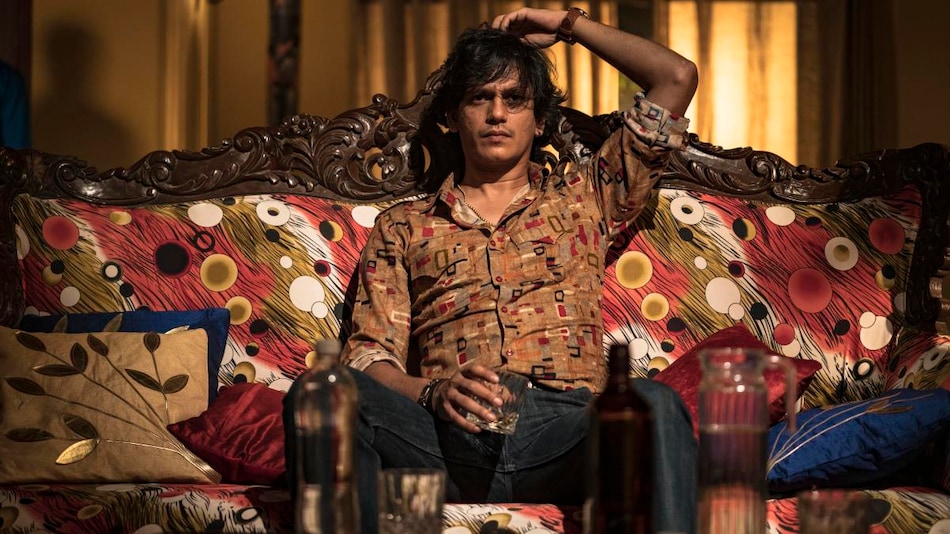 Vijay Varma as Yasir “Sasya” Shaikh in “She”

“Female sexuality” is one of those phrases that makes puritanical aunties and uncles' heads turn and talk under their collective breath. Even in 2020, Indian society constantly pushes most women to suppress their sexuality, telling them to “behave”. In turn, that makes half of the population hide and not look at their own bodies, lowering their confidence in themselves and preventing them from discovering their carnal desires and pleasures. Netflix's newest series from India — She, created by Imtiaz Ali — seems to want to explore this, through the lens of a female constable in Mumbai Police, who realises the potential of her dormant sexuality after she's pushed into an undercover operation.

Except She — written by Ali and author Divya Johry — isn't just about this topic. It also attempts to depict the myriad menaces of misogyny, with women belittled at work and not believed at home. It's also simultaneously a police procedural about an unseen villain, drug cartels, and their big plans. On paper, that's promising, but it proves to be too much for She's writing duo, as they prove unable to handle the multiple threads, serving up little depth and emotion. That's especially true in the case of its central thread about female empowerment, with the Netflix series hitting the same beats, handled inelegantly at times. That is compounded by the fact that episodes of She run between just 30 and 40 minutes, which isn't enough room.

It doesn't help that the characters, direction, and cinematography aren't consistent. She tends to move its characters to-and-fro between cool-as-you-like-it confidence and deer-in-the-headlights anxiety. There's no middle ground. The directors — Arif Ali (Lekar Hum Deewana Dil) and Avinash Das (Anaarkali of Aarah) are listed on each episode, though it's unclear who helmed what — display insecurity, as they don't seem to know whether to treat She as a hard-boiled crime drama or approach it from the fish out of water angle, and how to lean into the psychosexual nature of the story. She could've used a stronger pair of hands, such as seen with Netflix's other Indian police dramas in Delhi Crime and Sacred Games, which managed a tighter, subtler approach.

The series opens at a brothel in the middle of the aforementioned undercover operation, as drug dealer and regular customer Yasir “Sasya” Shaikh (Vijay Varma, from Gully Boy) walks in. After rejecting two line-ups of sex workers, he — and the audience — are introduced to the Netflix series' protagonist, Bhumika “Bhumi” Pardeshi (Aaditi Pohankar, from Lai Bhaari). Bhumi worked for seven years as a constable at Mumbai's Reay Road Police Station, before she was spotted by the Crime Branch's anti-narcotics ACP Jason Fernandez (Vishwas Kini, from City of Dreams) at a routine checkpoint. She was subsequently recruited to pose as a prostitute and help nab Sasya, whom the police believe to be key in a bigger drug push into India's financial capital.

For its opening hour or so, She moves in a non-linear fashion, giving us a look at how grossly underprepared everyone involved on the mission is, and also at Bhumi's life. At work, she has to face the sexist tirades you'd expect. At home, she has three worries: her ailing mother (Suhita Thatte) who spends most of her days in bed, her flippant younger sister Rupa (Shivani Rangole) who has a side-hustle as a call girl, and her estranged husband Lokhande (Sandeep Dhabale) who's pushing off divorce to avoid paying rent. Bhumi spends most of the early going stumbling through what is pushed onto her, even once complaining — in what turns into a funny meta observation — that she was content with her monotonous routine prior to being pulled into the operation.

In that sense, Bhumi squarely falls into the classic hesitant protagonist bracket, who is reluctant to follow the call to action. But her mentor (of sorts), isn't Jason — but Sasya. His words — the dialogues are tiring but Varma's performance isn't — kick off Bhumi's sexual awakening. She begins to look at herself in ways she hasn't before. There's more than one revealing moment where Bhumi stands in front of the mirror and toys with her loose-fitting clothes that do little to augment her body. Alongside, she starts to reflect on her failed marriage with Lokhande, who seemed only interested in pleasing himself, with her memories seemingly clouded with guilt.

That hits at the consequences of turning women's bodies into taboo topics, though She never really shows the patience or requisite nuance that's needed to unearth resonant findings. The closest it comes is by way of exploration of the sisters' characterisations. Unlike Bhumi, Rupa is unafraid to show her sexuality in public, even as it earns her reprimands from their mother and stares from those around her. There's a part of Bhumi who wants to be like Rupa, but she lacks that sense of self-esteem. It's only as she becomes more aware of her body's influence that she begins to take control of her sexuality, with its effects giving her the confidence to be more assertive in life. It's a powerful statement, though She doesn't deliver it as cohesively or impactfully as it ought to.

One obvious error is the Netflix series' inability to probe its protagonist's mind at times. During a crucial scene in one of the early episodes, which shows us Bhumi's training and transformation, She ends up offering an outsider's perspective, as other people tell her how she should behave and do things to her. We never get an insight into her psyche. There are moments where She attempts to verbalise how Bhumi is feeling, but they feel shoe-horned, stilted, and unearned as the writers haven't organically arrived at the revelatory dialogue. Elsewhere, there are scenes that aren't a natural fit for episodes, either ending abruptly or breaking the flow, which signals post-production problems. (This was more of a thing on Taj Mahal 1989, another Viacom18 production sold to Netflix.)

And on top of all that, She underuses its biggest asset: Varma. This might not be the case with the series as a whole, as only four out of the total seven episodes were screened for critics. Rightly lauded for his performance in 2016's Pink and 2019's Gully Boy, Varma continues that streak with Sasya. Even though you're supposed to hate him for how he behaves with Bhumi, it's a delight in watching him play with the police, as he twitches with expertly-timed smirks. Sasya claims to be in awe of Bhumi but truly, he has her in the palm of his hands. Their relationship is the most intriguing part of the show, and She could have done well to have more of Varma — the rest of it doesn't have that spark to it — given it dissolves into a generic cop drama without his involvement.

She is out Friday, March 20 on Netflix worldwide.