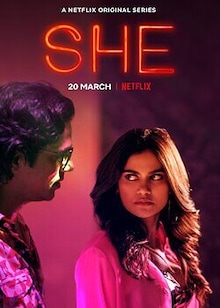 Share
Season 1
Crime Drama
2.9 ★ 2020 Season 1 Hindi 16+
Bhumi Pardeshi, a police constable, disguises herself as a prostitute in one of Mumbai?s seedy brothels to bust a drug cartel. During the covert mission, she finds her dormant physicality oddly empowering with sexual liberation at the helm of it.

About She Season 1 Web Series


Bhumi Pardeshi (Aaditi Pohankar) is a police constable based in Mumbai, from a lower middle-class socio-economic upbringing. She is the sole breadwinner in a family of four which includes her terminally ill mother, an alcoholic husband mooching off her, and a rebellious younger sister in college. The grinding continues on her professional front where she is constantly dismissed and mansplained by her male colleagues.

Her life takes a stark turn when she is sent on a covert mission by the Anti-Narcotics Group to a seedy brothel as a prostitute. While she lays down a honeytrap to catch hold of a drug lord named Nayak (Kishore Kumar), she finds herself oddly empowered in her disguised avatar. 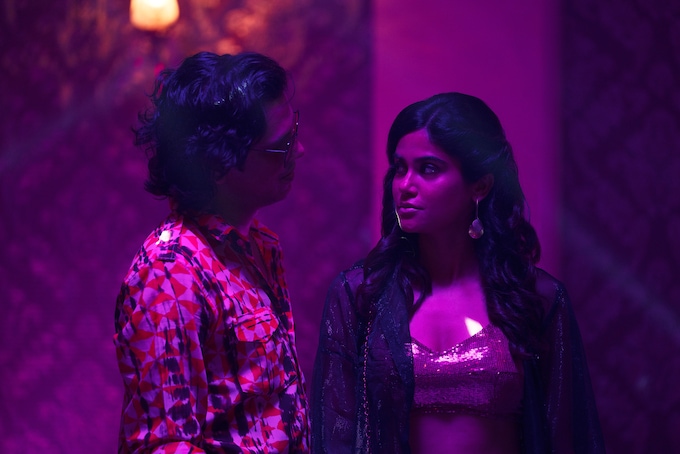 “Female sexuality” is one of those phrases that makes puritanical aunties and uncles' heads turn and talk under their collective breath. Even in 2020, Indian society constantly pushes most women to suppress their sexuality, telling them to “behave”. In turn, that makes half of the population hide and not look at their own bodies, lowering their confidence in themselves and preventing them from discovering their carnal desires and pleasures. Netflix's newest series from India — She, created by Imtiaz Ali — seems to want to explore this, through the lens of a female constable in Mumbai Police, who realises the potential of her dormant sexuality after she's pushed into an undercover operation.