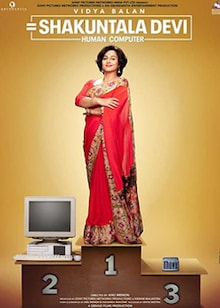 Shakuntala Devi a Bollywood movie of 2020 which is based on the famous Shakuntala Devi who was an Indian writer and mathematical genius who could mentally calculate seamlessly. This biographical film is directed and written by Anu Menon. Vidya Balan shall play the role of the Shakuntala Devi as "human computer". You will also find Sanya Malhotra, Jisshu Sengupta and Amit Sadh in the prominent roles. Sanya Malhotra was last seen in Badhaai Ho (2018) alongside Ayushmann Khurrana. Shakuntala Devi has released on 31st July 2020 on Amazon Prime. In the below story, you will find more details about the movie like Shakuntala Devi trailer, songs, release date, review and more. 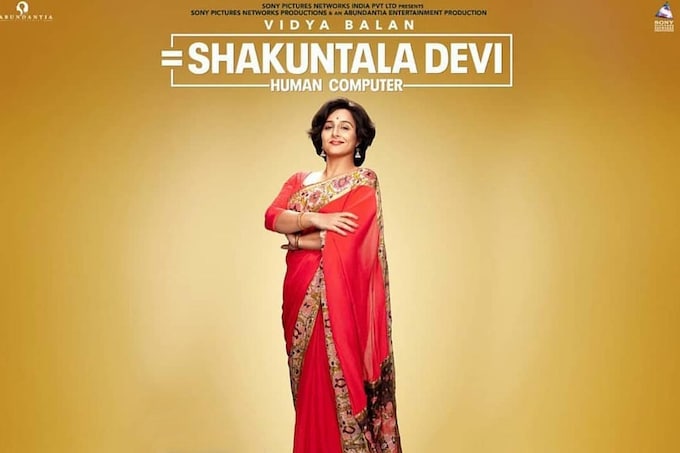 Shakuntala Devi is a movie that portrays the story of the world-renowned extraordinary mathematician Shakuntala Devi (Vidya Balan) who loves to live her life on her own terms. The movie not only pays a tribute to the great and genius mathematician but it also shows the normal side of her life of being a wife and a mother.
The story is narrated in flashback by her daughter Anu Banerjee (Sanya Malhotra). Shakuntala has a mysterious ability to play with numbers and she also has the ambition to become a successful woman. At a very young age, she starts earning for her family by doing math shows in her village. Later in her life, she heads to the US where she competes with computers and earns the title of “Human Computer”. On one of the tours, she meets a businessman Paritosh Banerjee (Jisshu Sengupta) and shifts her focus to begin a family. The movie shows Shakuntala’s clash between her ambitions and her family showing a cliché drama. Vidya has played the character of the humorous, charming and confident Shakuntala Devi with utmost zeal.

Shakuntala Devi is a happy and enjoyable movie with impactful story, use of warm colours and cheerful music.

Shakuntala Devi is a joyous movie which depicts the journey of the Indian human-computer Mrs. Shakuntala Devi. The movie has released on Amazon Prime. So guys wait no more and prep up the set-up to watch Shakuntala Devi movie uninterrupted online.

Watch the official trailer of Shakuntala Devi where Vidya Balan can be seen essaying the role of the famous Shakuntala Devi who was known as the ' human computer' with wit and charm. The trailer is impressive as Vidya slides into the shoes of the maths genius and with her with and humour makes the viewers instantly fall in love with her.

The music of the movie Shakuntala Devi is composed by SachinâJigar and the lyrics are penned by Vayu and Priya Saraiya.