Peter Parker (Tom Holland) is grieving the death of his mentor and father-figure in the wake of Avengers: Endgame.

His relaxing European vacation with his friends Ned (Jacbo Batalon), MJ (Zendaya), and the rest of the gang takes an unexpected turn when Nick Fury (Samuel L. Jackson) appears in his hotel room to recruit him for a mysterious mission.

Peter’s plan to enjoy his vacation and leave super heroics behind for a few weeks is scrapped when he reluctantly agrees to help Fury to uncover the mystery of four massive elemental creatures representing Earth, Air, Water, and Fire.

Thankfully, Spider-Man has a fellow superhero in Mysterio (Jake Gyllenhaal) who joins forces to fight the evil entities and prevent them from wreaking havoc across the continent. But reality is not as it seems. 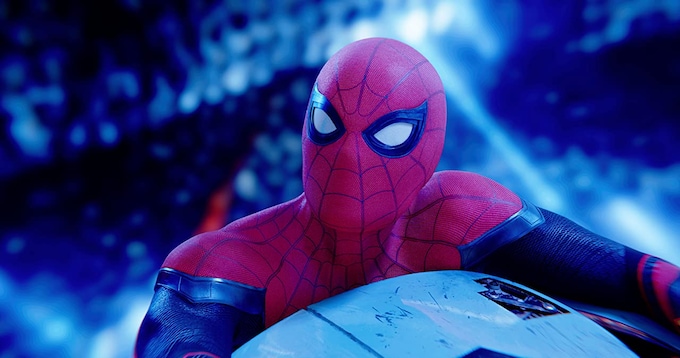 As the first film since Avengers: Endgame, one that's set immediately after that deeply-felt, gigantic Marvel Cinematic Universe chapter and whose protagonist shares a special connection with Iron Man, Spider-Man: Far From Home has some heavy-lifting to do from a narrative standpoint. For one, Peter Parker (Tom Holland) is still processing his grief over the death of his mentor-father figure Tony Stark. And two, in a world that's memorialised Stark's help in saving the universe, Peter is left to wonder how best to honour his legacy. But those aren't ingredients for a fun Spider-Man movie. Far From Home finds fun in Peter's growing fondness for his classmate MJ (Zendaya) and his wish to go on a superhero-free vacation, which in turn powers character motivation and the plot.