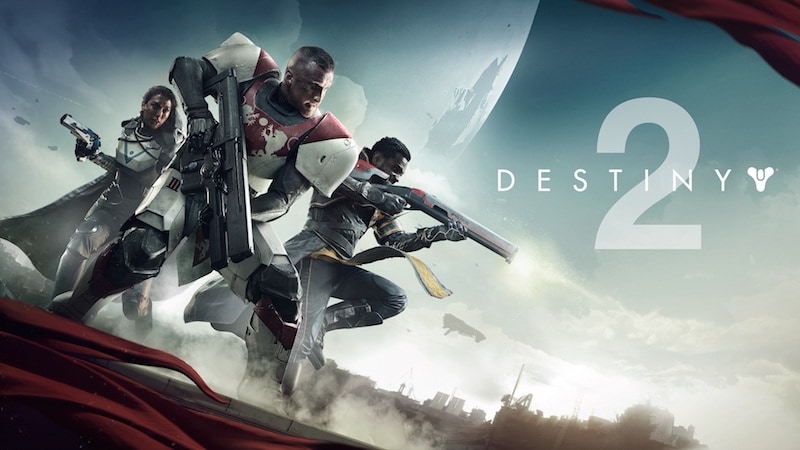 E3 2017 is almost upon us and we’ve already covered what to expect from the likes of Sony, Nintendo, and Microsoft at one of the world's biggest gaming events. Now, let's take a closer look at some of other games worth that are likely to dominate headlines over the next week or so.

Activision doesn’t usually have its own E3 2017 event. Instead, its titles show up during events of partners, such as Sony and Microsoft. With Sony having the marketing rights to Destiny 2, it’s safe to say we’ll get a Destiny 2 beta date (probably going live during E3 2017 itself, much like the first game). More multiplayer and social features should be shown off too.

The oft-leaked return of the Assassin’s Creed franchise should see a proper reveal at E3 2017. With reports alluding to a style of gameplay akin to The Witcher 3 and Skyrim, coupled with familiar Assassin’s Creed series tropes, we can’t help but be curious on how Assassin’s Creed Origins is shaping up.

If we were to hazard a guess we’ll see gameplay, a release date, and perhaps information on the Assassin’s Creed Origins' online component - which Ubisoft has said will be a part of all its games going forward.

Yakuza 6: The Song of Life
Yakuza 0 was one of our favourite games of the year. With Yakuza Kiwami - a remake of the original Yakuza from 2005, due in a couple of months - we hope Sega now lifts the lid on what to expect in terms of Yakuza 6’s release date, editions, and gameplay - particularly fighting and exploration mechanics.

It marks the final story arc for series protagonist Kazuma Kiryu, so we could see Sega announce a remaster of Yakuza 2 too, considering it is considering remaking that, along with Yakuza 3, 4, and 5.

Our E3 2017 wishlist
The biggest hype-fest in gaming isn’t without its share of hopes and dreams. Here is our list of games we want, though the chances of them showing up are far from concrete.

Crash Team Racing Remastered
Activision has teased more adventures with its marsupial mascot at E3. Rather than a new game or another foray into the toys-to-life genre a la Skylanders, it would be great if Crash Team Racing - one of the PS1’s hallmark titles - gets a modern day remake.

Borderlands 3
With Battleborn going free-to-play and Gearbox CEO Randy Pitchford in denial of that, now is as good as time as any for the company to reveal Borderlands 3. Considering how well the first two games sold, its about time this generation of consoles got a taste of what Borderlands is all about.

And with noted analyst Michael Pachter hinting that it could be an E3 2017 announcement, we can’t help but be hopeful.

Cleverly disguised at Bethesda’s E3 2016 conference, Wolfenstein: New Colossus may take place in Nazi-occupied America. Developed by Machine Games - the studio behind the excellent Wolfenstein: The New Order and Wolfenstein: The Old Blood, it could be confirmed at E3 2017.

Brian Bloom, the voice actor of series protagonist BJ Blazkowicz, also suggested that we’d see more Wolfenstein in the future, making this seem likely. Or it could just be an elaborate ruse to keep our minds off how iffy Quake Champions is. Regardless, Bethesda’s E3 2017 conference should put all speculation to rest.

Can’t find your favourite game on the list? You can probably find it in our lists of what to expect from Sony, Microsoft, and Nintendo at E3 2017. What are you looking forward to at E3? Let us know via the comments.

We discussed everything we expect from E3 2017 on our weekly gaming podcast Transition. You can subscribe to it via Apple Podcasts or RSS or just listen to this episode by hitting the play button below.