From Dead Space to Grid Legends. 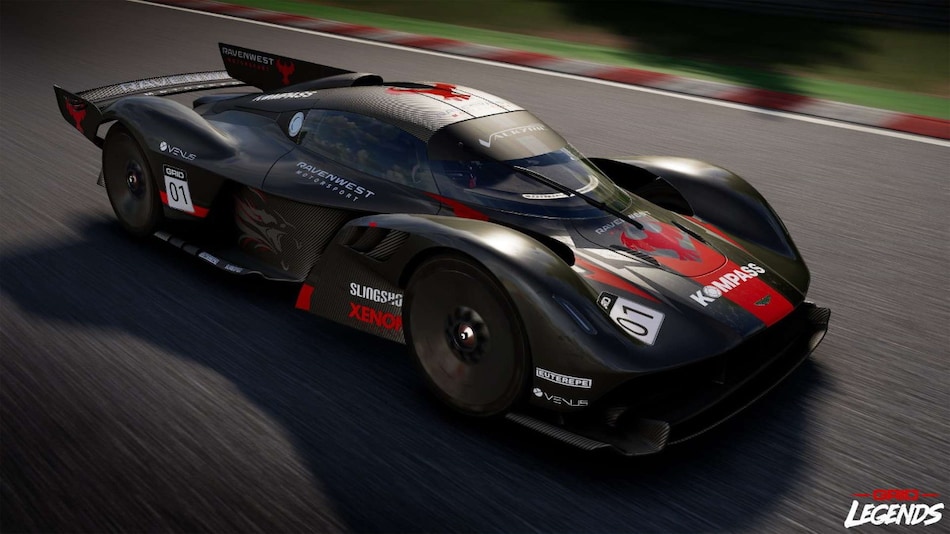 EA had a bunch of new games to show off at its EA Play Live 2021 event on Thursday, even though it had already unveiled two of its biggest titles for this year — Battlefield 2042 and FIFA 22 — in past weeks and months. There was more info for the former, with Battlefield Portal allowing players to bring in elements from other Battlefield games. EA-owned Codemasters is going big with Grid Legends (out in 2022), that will offer a single-player story mode packed with live-action cinematics. There was no sign of Need for Speed though. Alongside, we got peeks at new seasons and characters for Knockout City and Apex Legends, available this week or the next. And lastly, EA revealed that a Dead Space remake is in the works. Here's the best of the lot from EA Play Live 2021.

Star Wars: Squadrons developer EA Motive will remake and reimagine the 2008 survival horror original, EA revealed at the very end of its EA Play Live presentation, in what had been teased (by EA) and rumoured (by fans) before the event. We don't have any details beyond that though, except there won't be any microtransactions, sidestepping the horrors of Dead Space 3. The minute-long teaser doesn't give us anything either.

With Codemasters now part of EA, the video gaming giant is pumping money into the next instalment of its racing series Grid. That involves a movie-style story mode replete with actors — including Ncuti Gatwa, from Netflix's Sex Education — performing in cinematics that will blend in-camera visuals with virtual production à la The Mandalorian. On the track, expect over 100 customisable cars that you can take to 130 routes in Paris, Moscow, London, San Francisco, and beyond. You can also make your own races, that allow you to pit cars of different types, on the tracks you want with the rules you want.

Fe developer Zoink Games is back with a Tim Burton-inspired gothic action-adventure that follows penniless girl Even who must journey across the six regions of the twisted kingdom Random to rescue her sister Odd. As you can tell, the game is putting a spin on all things dice. Heck, there's even a living die character called Dicey, whom you will roll to survive in combat. You can also use your cards — there are five types in Weapon, Damage, Defense, Hazard, and Cheat — that you will collect along the way.

In the upcoming Battlefield 2042, DICE will let you combine elements — weapons, vehicles, classes, maps, and more — from four different Battlefield games. That includes Battlefield 1942, Battlefield Bad Company 2, Battlefield 3, and naturally, Battlefield 2042. You know what this means. You can finally enact your dream “who would win that?” scenarios, be it bringing WWII fighter jets into the future or pitting knivesmen with men who just have defibrillators. The weird experiences you create and be shared with other players online.

If you pre-order Battlefield 2042, you can take part in an open beta in early September.

The recon, stealth-oriented, drone-equipped character Seer is the newest addition to EA's battle royale title, whose tenth season — dubbed Emergence — is due early August. You can learn more about Seer when EA drops a gameplay trailer on Monday, July 26. At EA Play Live, the studio also announced a $5 million (roughly Rs. 37 crores) prize pool for the second season of the Apex Legends Pro League, that begins in September.

The second season of EA's multiplayer superpowered dodgeball game is inspired by Hollywood, with all manners of sets — a lovers' bridge, a pyramid, a gothic cathedral, and a child's bedroom — available as environments for you to play in. Knockout City season 2 “Fight at the Movies” will also bring a new type of ball in Soda Ball that spews sticky soda and obscures player vision.

Amazon Prime Day 2021 Sale Starts July 26: Here's How You Can Get the Best Deals