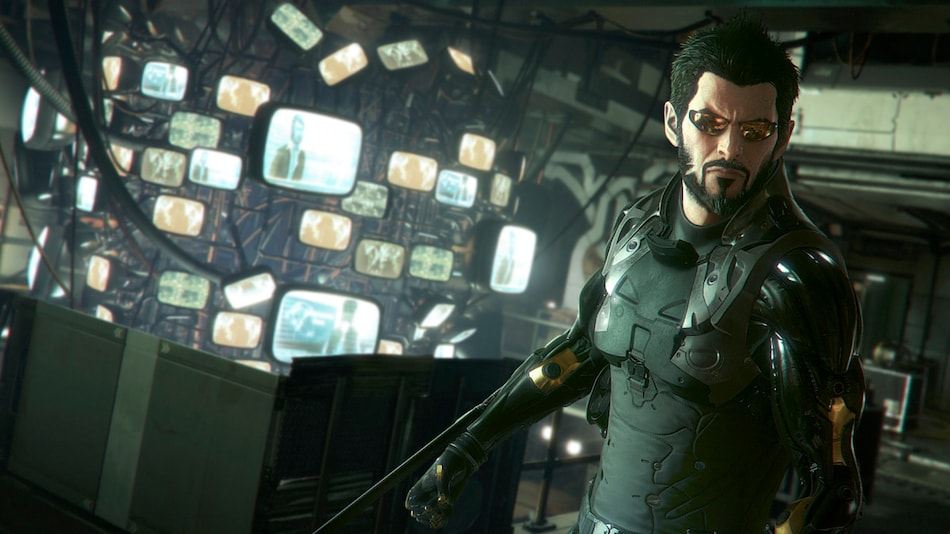 Adam Jensen voice actor claims to know nothing about the game, but is looking forward to the role

A new Deus Ex game is reportedly in “very very early” stages of development. As per Bloomberg reporter Jason Schreier, studio Eidos-Montréal is currently working on a new Deus Ex title, alongside a distinct IP. The news comes in the wake of Embracer Group shutting down Onoma — formerly Square Enix Montréal — which it purchased as part of a $300 million (about Rs. 2,482 crore), earlier this year. The shake-up occurred merely three weeks after the Hitman GO developer was rebranded to “Onoma.”

According to Bloomberg, the move appears to be part of a “cost-cutting” measure, as Embracer Group shifts focus to console and PC launches. Staff were notified of the closure on Tuesday (PT), with some of them being shifted to the unaffected Eidos-Montréal studio. Schreier claims that in addition to Deus Ex, the developer has a new “recently rescoped” IP in the works, and is partnering with Xbox on titles, including the new Fable. His tweet thread goes on to indicate that the studio was once planning to create a “kids on bikes” type game, that was heavily inspired by Netflix's Stranger Things — it has now been cancelled.

Elsewhere, voice actor Elias Toufexis, who gave life to the lead character Adam Jensen in Deus Ex: Human Revolution and Dues Ex: Mankind Divided, expressed enthusiasm to play the role again. However, he claims to know nothing about the project, and requested fans to stop asking him about it. “I'm glad they are (seemingly?) working on a new #DeusEx,” he says in the tweet. “I love the series and I hope to play Jensen again. I have zero info!”

Onoma aka Square Enix Montréal was part of the larger Embracer Group acquisition from May, which saw the latter take control of the Tomb Raider, Deus Ex, and Legacy of Kain franchises. As of now, there are no details on the new Deus Ex project, but back in August, game journalist, Jeff Grubb, spoke about internal discussions, on his Giant Bomb stream. “The rumbling I've heard is that the studio wants to immediately get into Deus Ex. They want to get right back into that. They want to challenge — they want to do what Cyberpunk 2077 couldn't, and stuff like that,” he explained. “It's so early, like what that will turn into.”

Sweden-based Embracer has been on a shopping spree, even purchasing IP rights from The Lord of the Rings and The Hobbit literary works by J.R.R. Tolkien, back in August. The acquisition of Middle-earth Enterprises would allow the group to work on multiple projects over the long term, and adds to Embracer's existing catalogue of over 800 owned properties. Around that time, the company shifted developers for the much-anticipated Star Wars: Knights of the Old Republic remake — changing hands from Aspyr Media to Saber Interactive's Eastern European studio.

Further details on the new Deus Ex instalment should be revealed in time, though we can very well expect it to launch across PC and current-gen consoles — PS5 and Xbox Series S/X.