Final Fantasy VII Remake for Xbox One Listed for Pre-Order, May Not Be Exclusive to PS4 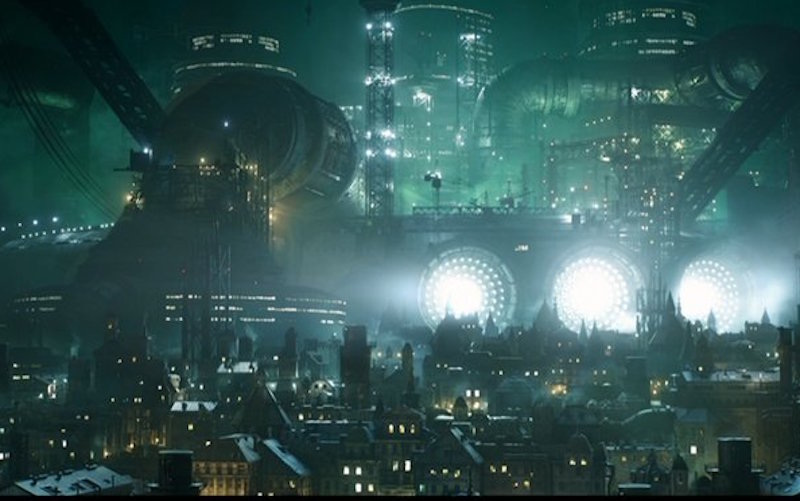 Hotly anticipated role-playing game Final Fantasy VII Remake was revealed at E3 2015 at Sony’s PlayStation conference and it was thought to be exclusive to the PS4 or at the very least, a timed exclusive for Sony’s console. However a listing on retailer GAME (via ResetEra) suggests that this isn’t the case any more. Final Fantasy VII Remake for Xbox One has been put up for pre-order. This lends credence to Walmart Canada having the game up for pre-order on Xbox One as well. Perhaps it would get some stage time at Microsoft’s E3 2018 event? Xbox boss Phil Spencer did hint at a greater presence of Japanese RPGs on the console earlier in the year and Final Fantasy VII Remake would be an interesting addition. More so when you consider that the original release of Final Fantasy VII never made it to a Microsoft console. Perhaps we’d see that change as well?

That said, hopefully Square Enix clears up confusion regarding the game’s development. The game was earlier in development at CyberConnect2 — a Japanese studio responsible for a handful of titles based on the Naruto anime series. It was moved back to Square Enix as an internal project in 2017. The reason for this it seems, is that CyberConnect2’s work was allegedly “unusable”.

“They [CyberConnect2] don't have four years of work, they have two. The announcement that Square was taking the game away from CyberConnect2, they didn't take it away and continue it, they started it again because CyberConnect2's work was just so useless and not far enough along, but still far enough along that remaking it was faster than refactoring it... (it wasn't in a good state at all),” he said in a post on a Reddit thread discussing Final Fantasy VII’s art direction.

“I’ll explain it this way. When has a company taking work away from another company ever been a positive sign of things? I know CyberConnect2's work was unusable, I've worked with them before, I know their level. And i know they outsourced to hell and back in order to get things to the point we saw them publicly, and it still wasn't enough to save them,” he continued in another post.

When pressed for his sources and if he knew anyone working on Final Fantasy VII Remake, he had this to say:

“Yup, its the game industry in Tokyo, squares so large its rare to meet someone who doesn't know anyone there. I'm unsure how to prove it though, I can't get into any issues by saying what I've heard, or whats common knowledge in the industry here (the common knowledge being that the project was taken from CC2 because it was so behind schedule), but if I were to name anyone working there, they'd get into trouble for sharing information, the same way I'd get into trouble if I shared information about where I work. So with that said, I can only prove I work in the game industry in Japan, can't prove who I do and don't know.”