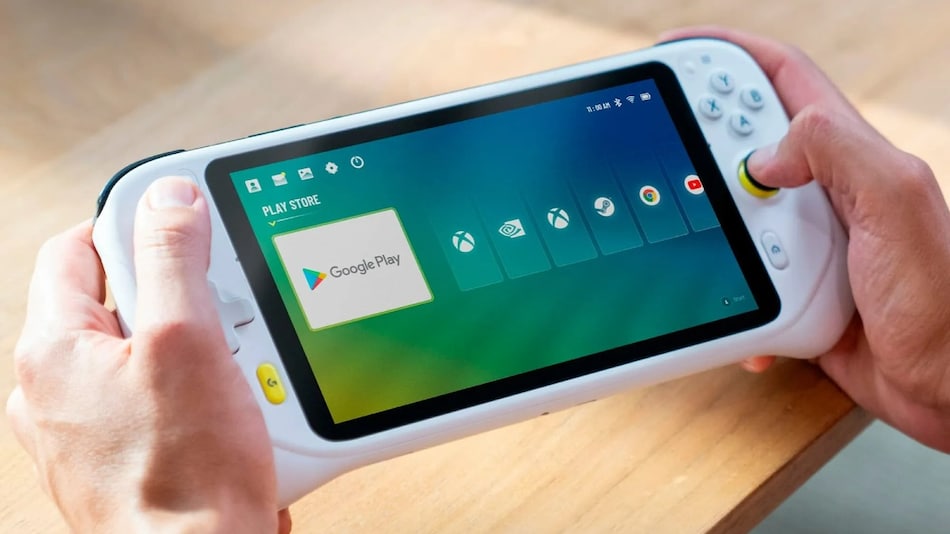 Logitech G handheld gaming console images were leaked online and suggested that it may be powered by Android. The new-deleted images were shared by tipster Evan Blass and showed a white-coloured device with Nintendo Switch-like form factor as well as X/Y/A/B buttons. Logitech G, a brand of Logitech that predominantly provides gaming hardware, announced earlier this month that it has partnered with Tencent Games to “bring a cloud gaming handheld to market later this year.”

9to5google was able to get the images before they were removed from Evan Blass' Twitter handle. The publication reports that the “Logitech G Gaming Handheld” sports a Nintendo Switch-like form factor. It may come in at least white colour option. The images show black thumb sticks, large bezels, a D-Pad, and X/Y/A/B buttons alongside a few more keys. There are four trigger buttons and may be a memory card slot.

Earlier this month, Logitech G and Tencent Games announced that they will be bringing a cloud gaming handheld console later this year “that will combine Logitech G's expertise in hardware with Tencent Games' expertise in software services.” As per the announcement, the device will support multiple cloud gaming services, and both companies are working with the Xbox Cloud Gaming as well as Nvidia GeForce Now teams.

“Logitech G and Tencent Games share a mutual vision of the future of gaming and are committed to ensuring the quality of experience comes together seamlessly to deliver on the exciting promise of gaming from the cloud,” the companies had said.

Infinix Zero 5G, Note 11, Note 12 Phones to Get Android 12 in India in September