ZeniMax is the parent company of Bethesda Softworks, which has developed hits including Doom, The Elder Scrolls, Wolfenstein, and Dishonored. 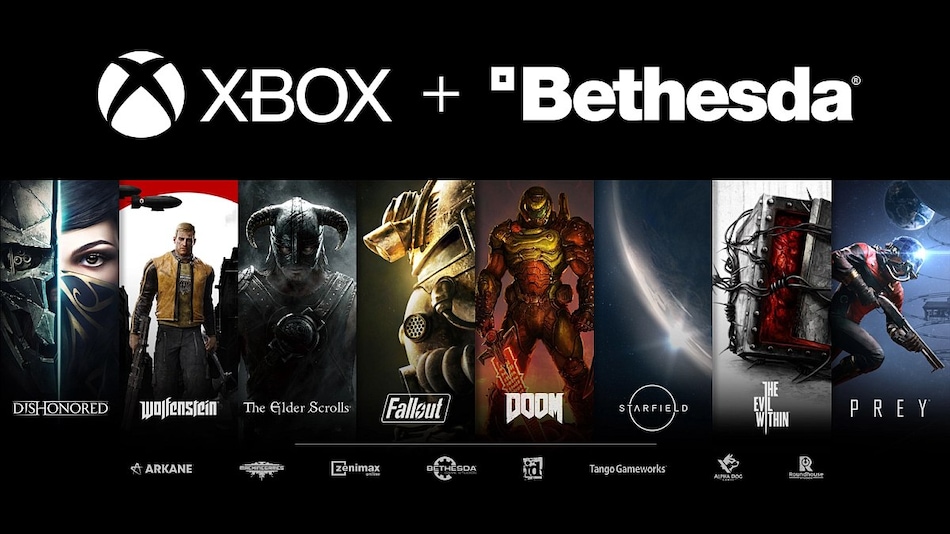 Microsoft on Monday announced it will acquire ZeniMax Media for $7.5 billion (Rs. 55,223 crores), adding muscle to its Xbox arm ahead of a fierce battle in the market for new gaming consoles.

ZeniMax is the parent company of Bethesda Softworks, publisher of popular game franchises including Dishonored, Doom, Fallout and Elder Scrolls.

"Bethesda brings an impressive portfolio of games, technology, talent, as well as a track record of blockbuster commercial success," Microsoft said in statement.

The company will pay for the acquisition in cash with the deal expected to close by the mid-2021.

The deal comes as Microsoft prepares to release its Xbox Series X in mid-November, its first update to the gaming console since 2013.

Sony's eagerly awaited PlayStation 5 will also launch in November, setting up a holiday-season clash with Xbox as the gaming industry thrives during the pandemic.

The competing consoles will be released within two days of each other ahead of the Christmas rush, both aiming to capitalise on a rare bright spot in the economic carnage caused by the coronavirus crisis.

"Gaming is the most expansive category in the entertainment industry, as people everywhere turn to gaming to connect, socialise and play with their friends," said Microsoft chief executive Satya Nadella.

"Bethesda has seen success across every category of games, and together, we will further our ambition to empower the more than three billion gamers worldwide."

Buying ZeniMax "checks a lot of boxes" for Microsoft, according to Baird analyst Colin Sebastian.

The acquisition strengthens the Xbox games portfolio as competition for people's play time increases and boosts Microsoft's efforts to be the premier platform for cloud-based gaming, the analyst said in a note to investors.

The deal should also free Bethesda to focus on making hit games while Microsoft tends to the work of hosting titles in the cloud for play across a variety of devices.

While it is possible Bethesda may publish games for PlayStation, at least those already in development, it is doubtful any titles would be available to competing cloud gaming services, Sebastian said in a note to investors.

All about the games

Adding blockbuster franchises from ZeniMax as exclusives would give the new generation Xbox console more appeal when it takes on the latest PlayStation.

Pricing of the consoles is similar, and PlayStation is thought to have an edge but players are strongly driven by game content.

"If you were going to buy a PlayStation to play Bethesda games, now you are not," said Wedbush analyst Michael Pachter.

Since most major video games are playable on personal computers powered by Windows software, that would be unlikely to change once Microsoft owns ZeniMax and its studios.

Consoles, however, are another matter. PlayStation fans devoted to franchises such as Elder Scrolls or shooter Wolfenstein could find them unavailable on the consoles going forward.

"If you want to play Elder Scrolls 6, you will have to buy Xbox," said Pachter.

The extent to which ZeniMax games will remain available on PlayStation will depend on how the company's contracts are written with Sony.

"Generations of gamers have been captivated by the renowned franchises in the Bethesda portfolio and will continue to be so for years to come as part of Xbox," Spencer said in announcing the deal.

Redmi 9A to Go on Sale in India Today at 12 Noon via Amazon, Mi.com: Price in India, Specifications
TikTok Parent ByteDance, Oracle at Loggerheads Over Terms of Agreement