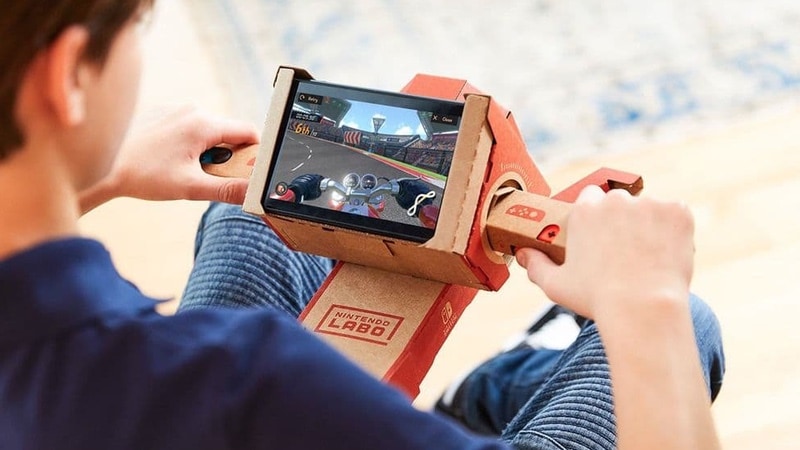 Nintendo may step into the virtual reality space, a new report has claimed. According to the report, Nintendo may make a VR-related announcement “soon” and that it might feature a small number of first-party games as well.

This was first reported by Nintendo World Report citing anonymous sources. Another report in VG247 suggests that the Nintendo Switch VR effort could actually be a part of the Nintendo Labo kit. That means that Nintendo's VR hardware may just end up being something as affordable as the Google Cardboard.

If these reports are true, it could spell interesting times ahead for VR. While the technology has been around for a while, it is yet to find a groundbreaking use case that takes it mainstream. We've seen VR headsets priced as low as Rs. 99, and in spite of that, the technology remains a niche.

While Nintendo hasn't ever officially mentioned that it is working on VR hardware or games for the Switch, the company had said it was looking at VR before the launch of its latest gaming console. It's worth noting that almost a quarter of a century ago, Nintendo had dabbled in VR through the Virtual Boy and that it remains one of its lowest selling gaming platforms of all time.

Nintendo had also said that it feels VR is not ready for the mainstream market. If the latest rumours are accurate, it looks like Nintendo might be ready to test the waters to see if the market is ready for VR.